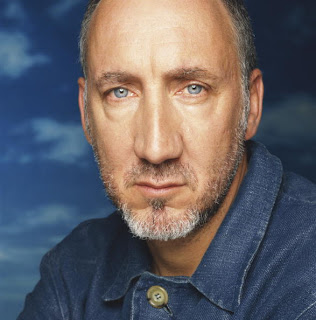 Pete Townshend. One of the truly great ones. Someone I have been following for a life time, thanks to the fact that neither of us has died before getting old. I went to the concert with my good friend Jim F, who showed up wearing his nicest jump suit, the kind he thought was in order for nicer venues located in the heart of LA. Twenty years on, I still tease him about his exceedingly sporty appearance that night.

We caught the first of Pete's two sold-out shows at the Wiltern. He had just released "Psychoderelict", an ambitious concept album that, by the way, went nowhere, so we knew from the get-go that we'd be treated to many of the songs of the new album. Well, he did the entire album and there was nothing particularly memorable there. But there were plenty of other great songs, some from Pete's solo output, others from the catalog of the Who. As a huge fan of "Tommy", I certainly enjoyed hearing a couple of songs from Pete's masterpiece.


Tommy Can You Hear Me?
Cobwebs And Strange (band introduction)
Save It For Later
Eyesight To The Blind
Face The Face
Heart To Hang Onto
I'm A Boy (fragment)
Eminence Front
English Boy
Meher Baba M3
Let's Get Pretentious
Meher Baba M4
Early Morning Dreams
I Want That Thing
Outlive The Dinosaur
Meher Baba M4
Flame
Now And Then
I Am Afraid
Electronic Wizardry
Don't Try To Make Me Real
Predictable
Flame
Meher Baba M5
Fake It
Now And Then (Reprise)
Baba O'Riley
English Boy
INTERMISSION


Pete came out with a band consisting of top-notch musicians, among them guitarist and singer Andy Fairweather-Low of Amen Corner fame, bassist Pino Palladino and Katie Kissoon, a well-known British back-up singer. Late in the show, the place erupted when Pete brought out John Entwistle, who helped wrap up the evening.

The concert went on for a stunning three full hours. Pete was in good vocal shape and his spirits were high. At one point during the show, Pete and his entire band stood for a few seconds on one leg, in a humorous attempt to prove that they were all sober.

The highlight of the show? My vote goes to the forty-eight year old Pete Townsend doing his trademark windmill guitar strokes. Unforgettable. 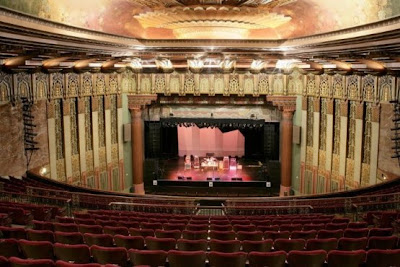