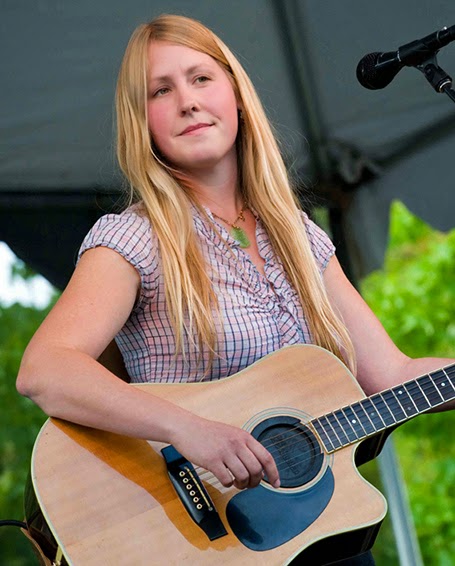 This was Zoe Muth's debut appearance at McCabe's, a venue that is perfectly suited for her kind of music. It was also my first time to see Zoe and her band, the Lost High Rollers and I must admit that it wasn't her music, but her "Seattle's Emmylou" label that first grabbed my attention. Well, whoever bestowed that label upon her, was most definitely right - more than once during the show, Zoe's voice and singing style did remind me of the legendary Emmylou Harris, and she did it without coming across as an impersonator.

Only about eighty folks showed up Saturday night at McCabe's and, based on their enthusiastic response, they all went home happy.

While I liked Zoe and her music, the one thing that's still ringing in my ears is the outstanding electric guitar accompaniment delivered by Eric Hisaw. His fluid playing was something to behold - with the greatest of ease, he produced sounds that were intricate without being flashy, always supporting the song, without ever attempting to take over the stage. The rhythm section - Greg Nies on drums and Sean Jacobi on bass - were also great. By the way, Greg is Zoe's husband.

Zoe's songs have one commendable trait in common: their quality. And she's a good singer, too. Other than two covers - Townes Van Zandt's "Lungs" and John Prine's "Maureen, Maureen" - I suppose Zoe wrote everything else we heard Saturday night. The songs I liked the best were "Make Me Change My Mind" and "Too Shiny", both from her "World Of Strangers", her most recent album. 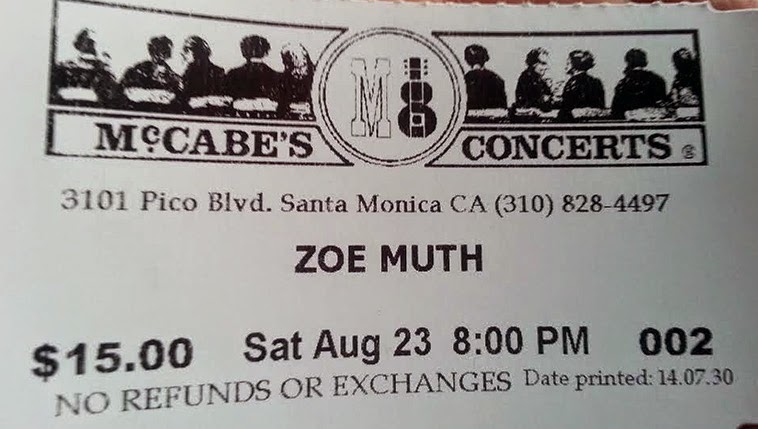