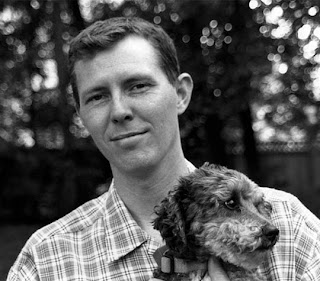 My Sunday night's encounter with Robbie Fulks embodied everything that makes McCabe's the finest concert venue in our galaxy. Sadly, only about 120 people attended and I don't believe there was a single unhappy customer among them. As far as all the others are concerned ... well, it was their loss.

I seldom start a blog entry by talking about the opening act, but Greg Trooper definitely deserves this special treatment. Although totally new to his music, I loved everything he did. On the musical front, he impressed me with six outstanding songs and I believe he wrote each and every one of them. The set-closing "Time For Love" generated the loudest crowd response, but any of the other songs could easily qualify to be called a highlight. Here's his nearly-complete set list:

I loved Greg's chatter - without using a lot of words, he managed to be both thought-provoking and utterly funny. After the show, I was ready to buy his most recent CD, but was turned away by the $20 price tag.

Just like in July 2011, Robbie Fulks came out with Robbie Gjersoe, his sidekick of many years. Together, they provided entertainment at its best: great songs, excellent vocals, some power picking and lots of good humor. There were lots of original songs and also plenty of covers, such as  Bill Anderson's "Cocktails" and the obscure "I Wanna Be Mama'd" by the equally obscure Jimmie Logsdon.
The two Robbies did not have a set list and, as a result, the show had an air of "let's play what feels good", which suited me just fine. A few humorous songs "felt good" to them, so I got to hear one of my favorites, "I Told Her Lies".

The crowd shouted out a few requests and Robbie obliged with the singing of "She Took A Lot Of Pills (And Died)", one of his more popular numbers. I also enjoyed hearing  "Georgia Hard", "Tears Only Run One Way" and "Cigarette State". John Calacci, a close associate of Susanna Hoffs, happened to be in the house, so Robbie sang "That Bangle Girl" and offered himself to Susanna, just in case she had an interest in a forty-nine year old married man. "Let's Kill Saturday Night" and "The Buck Starts Here" were also well-received by the crowd. 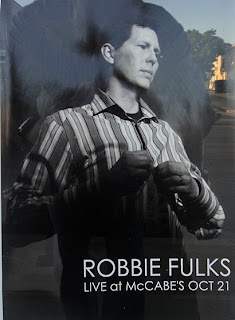