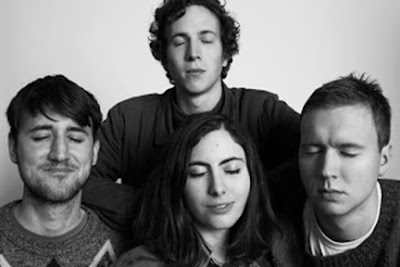 Anyone who did not show up at McCabe's last Friday night, missed out on a great evening of music featuring two young acts that were anything but run-of-the-mill.

Hailing from London and touring the States for the first time, the Melodic delighted me with a headlining set that was unlike anything I have ever heard under the "British Folk" heading. Their extensive use of uncommon instruments produced a refreshing sound that held a tremendous appeal to me. Charangos, autoharps and melodicas - these are instruments not often seen or heard, but Friday night they were all there, in heavy rotation, setting the tone for an evening that will be hard to forget.


The Melodic does not fit the often-seen template of bands with gifted leaders who dominate the proceedings. The Melodic is more like democracy in action, with every member bringing something specific to the table, in a clear case of evenly distributed talent. The band's two singers, Huw and Lydia, don't possess huge voices, but they certainly held their own. Driven by John's clever bass licks and James' understated yet energetic drumming, great songs kept coming one after the other. My favorites were "Ode To Victor Jara", "Piece Me Back Together" and the show opener, "Hold On". I thoroughly enjoyed the high-energy instrumental listed as "Andean" on the set list, while Rudi's masterful playing of the charango, a string instrument originating from South America, definitely deserves to be mentioned as a show highlight.

After the concert, I was ready to buy their current album, only to discover that there wasn't one. Bummer. Subsequently I read that their first album would come out later this year. I wish that I could be the producer of the album. No, I haven't produced before, but this one would be a cinch. I would just tell them to play like they played at McCabe's, then I would step aside. Oh yeah, I would also make sure that the Victor Jara gem gets included.

The Song Preservation Society opened the show with a set that sounded pretty much like a modern day Crosby, Stills & Nash, and to a lesser extent, Simon & Garfunkel. But they also sounded like themselves, which says a lot about the talent of this up-and-coming trio. In recent years, I have been bored to death by quite a few young artists whose offering consisted of one artsy sleeper after another, but that wasn't the case at all last night. These likeable guys - Trevor Bahnson, Ethan Glazer and Daniel Wright - kept my toes tapping from the minute they took the stage and they never let up. Their songs, which I suppose were all self-penned, did not sound all the same - there was plenty of variety there, both vocally and instrumentally. These guys can sing, can play their guitars decently well and have a sense of humor, too. I was so impressed by their set, that during the intermission, I went straight to the merch table and bought their EP titled "Ready Room".

Overall, I had a fabulous time Friday night at McCabe's and it only cost ten American Dollars to get in. I can only shake my head in disbelief ... how is it possible to get so much musical value for so little? 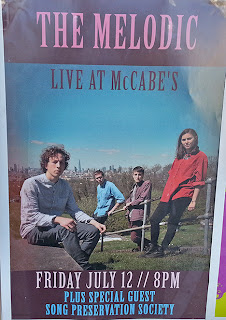