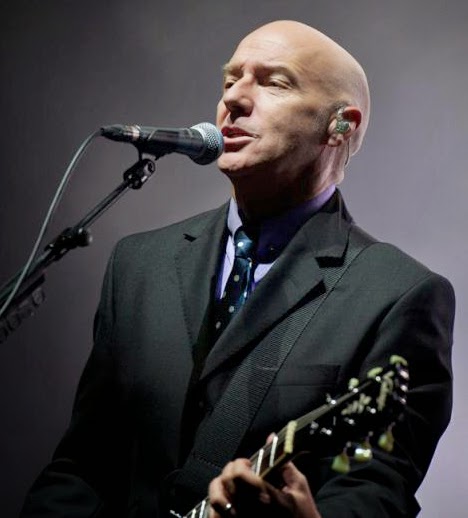 As I was watching Midge Ure's performance Sunday night at McCabe's, a name kept popping up in my head: Iain Matthews. Not that there were stylistic similarities between the two, but I could definitely detect some commonalities in terms of their stage presence and artistry. Both have a witty sense of humor. Both are exceptionally eloquent. Both are perfectly capable of holding an audience captive with nothing but their music and personalities. Both are outstanding songwriters and soulful singers with superior phrasing. Both deliver their music with passion and conviction and their delightful accents don't hurt them either.

I caught the early show, the one that sold out. The late show was just a bit short of a sell-out. I liked the crowd - loud and loving between songs, but totally attentive while Midge was singing.

Midge completed his entire show without any other musician stepping in. He talked between songs, but not excessively. I loved his song selection - he played a good mix of Ultravox and solo material, and there were no bad songs there, not a single one, and the ones from "Fragile", his new album, sounded great, too. Among all those self-penned tunes, we got to hear a cover song as well, namely David Bowie's "Lady Stardust". 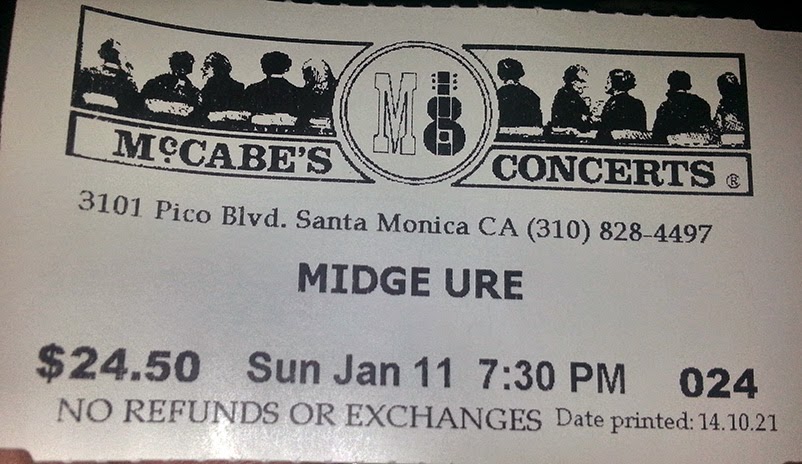