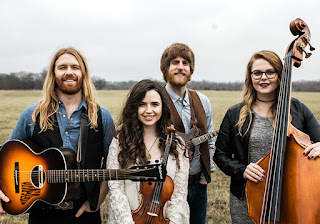 The Barefoot Movement deserve a lot better than just a few bullet items in lieu of a more extensive write-up, but right now bullet items is all I have time for.
The evening kicked-off with one of the briefest opening sets ever, two songs in all, delivered by Dan Hannaford, an Australian singer-songwriter currently recording in Los Angeles. Both "You Can't Preach Peace With A Gun In Your Hand" and "High Horse" can be described as melodically simple, but their message, forcefully delivered by Dan, will be hard to forget. I will definitely be looking for the studio recordings of this talented musician.

Here are a few photos I took before, during and after the concert: 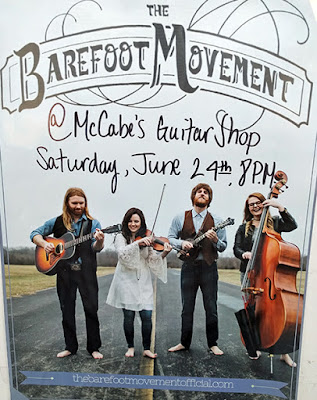