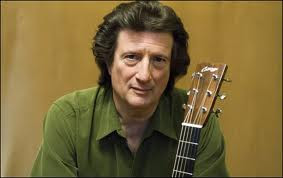 In September 2009, Chris Smither released a new album, "Time Stands Still" and kicked off a national tour that brought him back to McCabe's in late October, for two shows. I caught the early show. This was my seventh Chris Smither concert in nine years. He had just turned 65 and quite understandably, his energy level was one notch lower that before. But he still managed to delight me and amaze me. Gone were many of his power-numbers, such as "Dust My Broom" and "High Heel Sneakers", but "Love You Like A Man" and "Lola" were still there, and so was his unique guitar sound, sense of humor and humility.


Chris performed his entire set seated on a piano bench. There was no opening act and no intermission. After the show, as usual, Chris signed autographs and chatted with his fans.