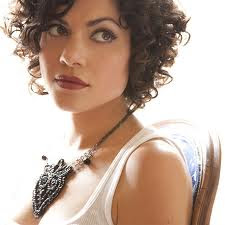 My second time to see Carrie, after my highly enjoyable introduction to her music, a couple of years earlier, when she performed alongside Chip Taylor. This time Carrie was the headliner and she did not disappoint. Accompanied by a small band that included Hans Holzen on guitar and Don Heffington on drums, Carrie played songs from "She Ain't Me", her newly-released album, as well as some older material.

I sat in the front row, maybe a bit too close to the band. I liked the catchier songs from the new album, especially the title track and "Absence". From among the older tracks, the powerful "Never Gonna Be Your Bride" stood out. Carrie was quite comfortable in her headlining role and played the guitar and fiddle with great confidence.

The proceedings were opened by Romantica, a Minneapolis-based band led by Irish vocalist Ben Kyle. They played one of the strongest opening sets I had ever seen at McCabe's. Their best song, I thought, was "The National Side".