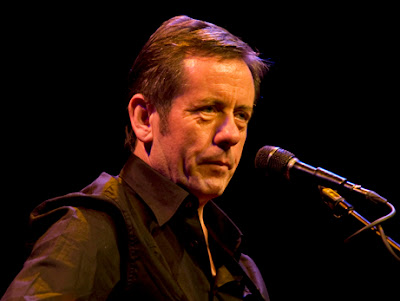 Luka Bloom - now we are talking about an artist who has been extremely close to my heart since 1991, when I discovered his brilliant "Riverside"album. I own all his recordings and listen to them often. I try to catch all his LA area appearances which, sadly, are rare and far between. Over the years, I had exposed many of my friends to Luka's music, so I had an easy time mobilizing fourteen of them to join me for Luka's much-expected gig at McCabe's.

Without a doubt, this was one of the best concerts I've ever seen at McCabe's or anywhere else, for that matter, and my guests were just as impressed as I was.

FULL SET LIST
I Hear Her Like Lorelei
There Is A Time
Tribe
As I Waved Goodbye
See You Soon
I Love The World I'm In
City Of Chicago
No Matter Where You Go, There You Are
Eastbound Train
Peace On Earth
Dreams In America
Gone To Pablo
Rainbow Day
Everyman
The Acoustic Motorbike
Sunny Sailor Boy
I'm On Your Side
Don't Be Afraid Of The Light That Shines Within You
You Coudn't Have Come At A Better Time
Medley (The Man Is Alive & The Hill Of Allen)
Luka was his usual self - friendly, humorous and gentle - but when it came to music, it was serious business. I won't even try to pick a show highlight, the whole affair was of the highest quality in all respects, from the beginning to the very end. I loved his guitar playing on "Peace On Earth" and "The Hill Of Allen", it was fun singing along on "Sunny Sailor Boy" and I screamed with excitement when I heard the first chords of "The Acoustic Motorbike".

After the show, Luka mingled with the crowd and signed autographs.

The opening act was a young singer-songwriter named Birdie Busch. She did not leave a lasting impression. 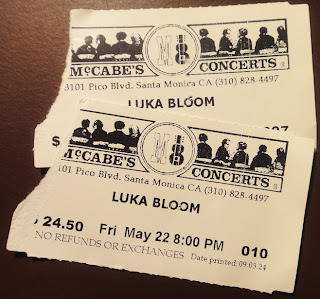