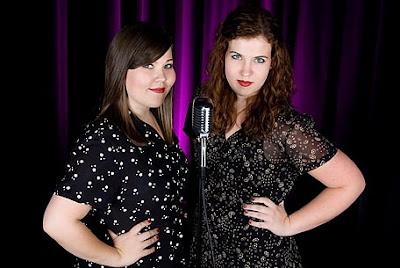 It's no secret that the Secret Sisters are not a secret anymore. People have begun to notice, among them several hundred folks who attended their free show at Pasadena's Levitt Pavilion last night. And what a show it was!

Lawn chairs, blankets, munchies, beverages, families, groups of friends of all ages, dozens of young children - call it the perfect environment for a crowd to become inattentive and even disruptive to those who were there for the music. It was the job of  the Secret Sisters to settle down the crowd and keep their attention focused on the stage, with nothing but one weapon at their disposal: their voices.

So how did the sisters fare in the "crowd control" department? Read on.

The proceedings kicked off with "The One I Love Is Gone", from their first and still-only album. In actuality, the show opener served as the official sound check - initially, the sound was atrocious, with shrieking vocals and an utterly loud acoustic guitar, but fortunately, by the time they launched into their second song, George Jones' "Why Baby Why", those beautiful voices came across with clarity and they stayed that way for the remainder of the show.

The Secret Sister's set included two more songs from their first album: "Do You Love An Apple" and the gorgeous "Tennessee Me", a song written by the sisters themselves. And speaking of self-penned songs - last night they introduced us to a few more, and without exception, their songs held up great, even against the well-known classic country hits from their repertoire.

The entire show was solid, from start to finish, without a single weak moment. Laura, the elder sister, did most of the talking, while Lydia barely said a word here and there. They shared a single acoustic guitar. None of them are great pickers, but with voices like theirs, their lack of instrumental prowess was but a trivial detail.

As far as I was concerned, the highlight of the evening was the stunning "River Jordan", another self-penned gem in the vein of the traditional country-gospel tunes of yesteryear. So how good a song is "River Jordan"? Well, the song is good enough to make a secular person like myself pick it as the best song of a concert that had nothing but great songs. Give credit to Laura and Lydia, two incredibly talented young ladies who will become household names before too long.

Throughout the concert, I was amazed by the beauty of their voices and how well they harmonized. At the same time, I was pleasantly surprised by how well the sisters kept the crowd under their spell, a testament not only to their singing abilities, but also their humor and overall stage presence.


SET LIST
The One I  Love Is Gone
Why Baby Why (George Jones)
Tomorrow Will Be Kinder (self-penned)
Your Cheatin' Heart (Hank Williams)
Tennessee Me (self-penned)
River Jordan (self-penned)
Sweet By And By
Leavin' On Your Mind (Patsy Cline gem)
Devoted To You (Everly Brothers)
Four Walls
Am I That Easy To Forget (Skeeter Davis classic)
Blue Eyes Crying In The Rain
Same Old You (Brandi Carlile tune)
Why Worry (Dire Straits oldie)
Happy Valley (self-penned)
Tonight You Belong To Me (encore)
Here are the Secret Sisters performing "Devoted To You", a song made famous by the Everly Brothers: 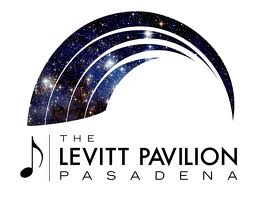 Email ThisBlogThis!Share to TwitterShare to FacebookShare to Pinterest
Labels: Secret Sisters (The)