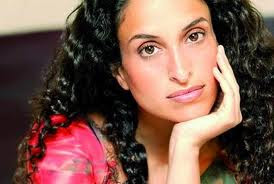 I sometimes attend concerts that do not involve American or British artists, obviously the result of my having lived in a few different countries over the years. My music collection, which consists of vinyl, CDs and unspeakable amounts of mp3s, includes recordings of musicians from all continents.

Noa, nee Achinoam Nini, is an Israeli singer who has sung for the Pope, toured the world and duetted with Italian megastars Andrea Bocelli and Zucchero, two of my all-time favorites. This gave her instant musical credibility in my eyes and ears, so I got myself a ticket

The concert took place at UC Irvine's Barclay Theater, a medium-size venue that I like very much. Noa came out with Gil Dor, her long-time musical partner and collaborator. Her then-current album titled "Genes And Jeans" was the source of many of the numbers she sang that night. I was - and still am - unfamiliar with her repertoire, so I don't remember any specific songs, but was quite impressed with her stage presence and vocals. Yet, for a split second, she was let down by her otherwise great voice: midway through a song and completely out of the blue, her voice broke down, the music stopped for a few seconds, but she bounced back and was able to continue as if nothing had happened. Noa completed the show without any further incidents and received a well-deserved standing ovation from the crowd.

Overall, the show was very good, with a healthy mix of ballads and uptempo numbers, some delivered in Hebrew, others in flawless English.

Would I want to see her again? Probably not, but I will keep checking her out on YouTube every now and then. 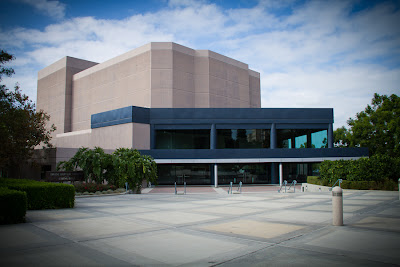