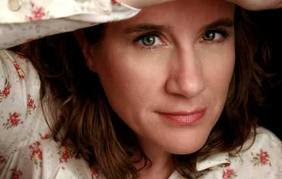 Sometime in 2006, I overheard Zach Love, former Concert Director and current Webmaster at McCabe's, talk in complimentary terms about Susan Werner, an American singer-songwriter I knew very little at the time. Zach's words did stir up my curiosity and, as a result, the next time Susan played McCabe's, I was right there in the front row, ready to be entertained. And entertained I was, even though I did not know any of the songs she sang that night.

Susan impressed me on many different levels. Her sense of humor and mine were in excellent alignment, I liked her friendly nature and intellectual talk, but most of all, I liked her music. She sang a number of songs from "The Gospel Truth", an album that was just about ready to be released. With their catchy hooks and often humorous lyrics, these songs were the perfect introduction to an artist who most definitely deserves a wider audience. My favorites were "Our Father (The New Revised Version)", "Probably Not" and "I Will Have My Portion". I went home with a strong feeling of wanting to see her again.

And in 2008 I got to see her again, but this time - unlike in 2006 - I went to McCabe's with much higher expectations. The show started with a short opening set by Natalia Zukerman, the singing daughter of violinist Pinchas Zukerman. Natalia was joined on stage by Susan's musical collaborator Trina Hamlin, who played percussion and harmonica. They were OK.


Susan's set was good, but maybe half-a-notch below her 2006 appearance. Her newer songs did not hit me as hard as the ones from "The Gospel Truth" in 2006, but my higher expectations may have had something to do with Susan's lack of punch this second time around. The best moments came when Susan, Natalia and Trina were together on the stage.

I have not seen Susan since then, but I will reconnect with her one day, that I know.