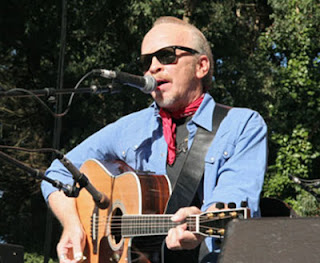 If you are like me, you have seen Dave Alvin countless times, you know exactly what his live show is like, you don't expect anything different the next time, yet you still can't stop yourself from clicking on the "Buy" button whenever he's announced to play McCabe's.

This time around, Dave brought along two of his long-time musical collaborators, singer Christy McWilson of the Guilty Women fame and guitarist Chris Miller. Together, they put on an entertaining show, not very different from Dave's earlier appearances there, but just as enjoyable.


Dave came out with an acoustic guitar and a bottle of Miller Lite that lasted for the entire duration of the show. I was hoping for at least a few electric interludes, but no luck in that respect. No matter, though, as his acoustic playing was as good as ever. The electric duties were ably filled by Chris Miller, a perfect support musician, whose nuanced playing covered many different tempos, loudness levels and styles. His blistering solos, backed by Dave's frantic acoustic guitar rhythms, were some of the high points of the evening. Chris remained on the stage for most of the evening.

Christy McWilson took the stage on two separate occasions, first before, then once again after the intermission. As one would expect from two good friends, there was a lot of interaction between Dave and Christy. Their duet on "Manzanita", a song they co-wrote, was a delight. Christy sounded good and I enjoyed watching her dance moves and overall relaxed stage demeanor.


Dave is exceptionally good at paying tributes and acknowledging his friends and family via the songs he chooses to play: "Black Rose Of Texas" and "Frank's Tavern" were dedicated, in that order, to Amy Farris and Chris Gaffney, two of Dave's departed friends, while the outstanding self-penned "Long White Cadillac" went out to his brother Phil.

Dave took a small detour from his own handwritten set list. Instead of "What Am I Worth" we got to hear Bo Carter's "Who's Been Here" and "Rio Grande", a song Dave co-wrote with Tom Russell.


The three-song encore, not shown on the set list, consisted of Kate Wolf's "Here In California", Little Richard's "Long Tall Sally" and Dave's own "Marie Marie".

To these ears, the best numbers of the evening were "Ashgrove" and "Dry River", two songs that combine great lyrics with equally great melodies. And there were no weak songs, everything we heard was top notch.

So will I show up for Dave Alvin's next appearance at McCabe's? The answer is probably yes. 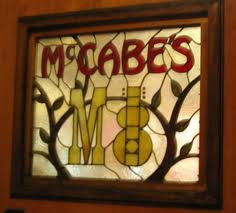