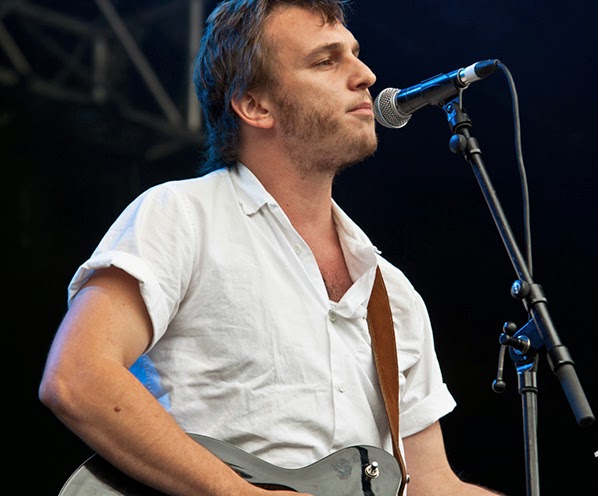 Friday night I went to McCabe's to see and hear Willy Mason and Tom Brosseau, two younger artists I knew little about. Unfortunately, the evening did not start well for me. Being bothered by a bad cough and not wanting to disturb the other spectators, I left the room very early during Tom's opening set and from that point on, I watched the show from the side, from where I could easily step away in case of another cough attack.

No doubt, Willy Mason has got talent. I liked his guitar playing - not flashy, yet effective  - and I liked his singing as well. At times, his vocals reminded me of Mark Knopfler, sort of. Willy's songwriting is also good, even very good - I can't say I heard a single bad song during his entire set. But taken as a whole, Willy's show was a bit deficient in the "variety" department, with most songs delivered in the same vocal style and pretty much the same tempo.

A few songs stood out at the first listen, among them "I Got Gold", "Restless Fugitive" and "Tic Tac Toe", a funny little ditty written by Willy's father.

Critically acclaimed  singer Jesca Hoop joined Willy for the singing of four songs. I would have liked for Jesca to take the vocal reigns for at least one song, maybe perform one of her own numbers, but her role was limited strictly to harmonizing. Of the four songs they sang together, I liked "Talk Me Down" the best.

Tom Brosseau's opening set revealed a talented and highly likeable performer, whose seemingly effortless singing style appealed to me very much. What a pitty that, while he was delivering most of his fine set, I was coughing my heart out in the venue's restroom ...