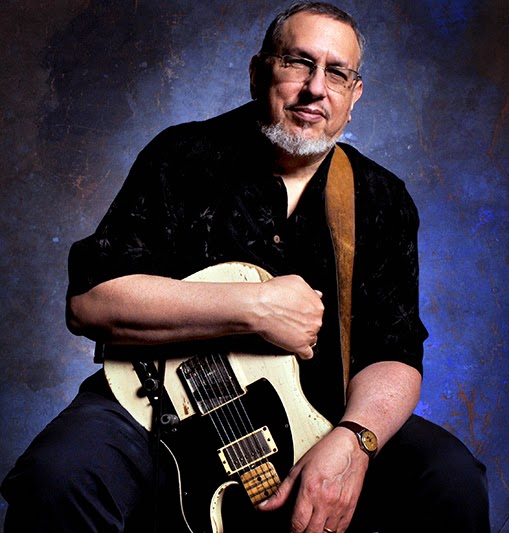 Prior to the fateful date of August 6, 2011, my attitude toward David Bromberg's music could best be described as criminal neglect. But then came the aforementioned date - sitting right in front of him at McCabe's, I discovered an artist like few others. Since then, I've been passionately exploring David's recordings, both old and new, with thoroughly pleasurable results.

Sunday night's show featured a different David Bromberg than the one I first met in 2011. Gone was his electric guitar and there was no band to accompany him, either. Instead, I witnesses an all-acoustic show of outstanding quality. Of course I would have liked him to grab an electric guitar for at least a couple of songs, but he didn't. Was I disappointed? Not really, as I found his finger-picking to be as impressive as it was intricate.


David's set consisted of a well-balanced mix of covers and self-penned songs. For these ears, the high point of the show was his rendition of "Delia", a masterful mix of singing, picking and storytelling. The songs from "Only Slightly Mad", his current album, were very good, especially "I'll Take You Back", a song that shares some common ground with "Will Not Be Your Fool", the hilarious gem David wrote in the seventies. By the way, the latter song was not included in Sunday night's set.

PARTIAL SET LIST
I'll Take You Back
Nashville Again (Paul Siebel)
Mr. Bojangles
900 Miles
Bring It With You When You Come / Wooly Bully
Delia
Bring It On Home To Me (Sam Cooke)
Fool For You (Ray Charles)
Maple Leaf Rag (Rev. Gary Davis)
I Like To Sleep Late In The Morning
A Closer Walk With Thee
Dark Hollow (Grateful Dead)
The Strongest Man Alive
Wagoner's Lad
If The Rabbit Had A Gun (Memphis Slim)
Rambler, Gambler
Don't This Road Look Rough And Rocky

Playing without a written set list and seemingly deciding what to play right there on the spot, David covered quite a bit of musical territory, from folk to blues to gospel and more. His surprising rendition of "A Closer Walk With Thee" stayed with me long after the show had ended. David also played a couple of instrumental tunes, among which Rev. Gary Davis' "Maple Leaf Rag" stood out.

Mike Russo, David's road manager and an accomplished guitar player himself, joined his employer for a few songs. David received yet more support from Brantley Kearns, an old band mate, who sang backup vocals on two or three songs. 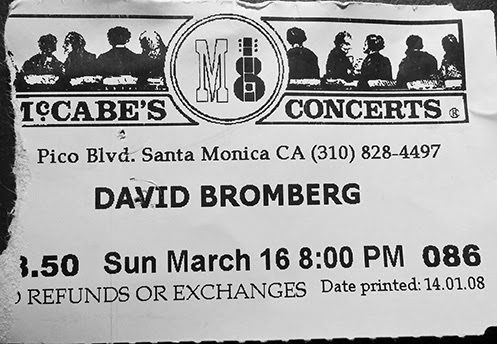