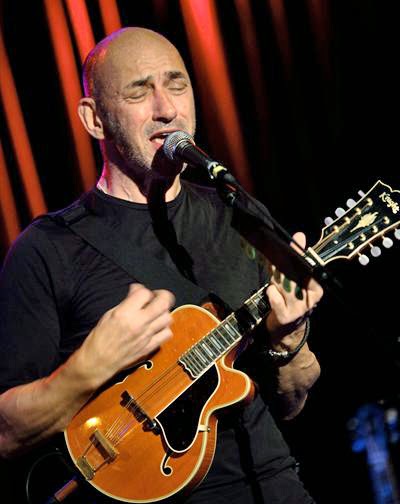 Last night's concert at McCabe's was announced in February 2014 and it took me a few weeks to commit. Indeed, after having previously seen Simon Townshend's convincing performance as a backup musician, I had some doubts as to whether he could be equally good as a headliner. There may have been other doubters as well, as only about one hundred folks showed up, but those who didn't, missed out on a fun evening that, with the last-minute inclusion of Canada's Matt Andersen, featured not one, but two high-energy performers who had a lot to offer.

Performing solo and alternating between three acoustic guitars and a mini-Gretsch that sounded just like a mandolin, Simon impressed me with a quality set that showcased his talents as a singer, songwriter and guitarist. But don't ask me what his forté is, because picking one category over the other is no easy task. Although unfamiliar with his work, I found Simon's compositions, with their nice melodies, to be exceptionally accessible. His guitar playing was exquisite and so was his voice, even though most of the numbers he tackled last night were not easy to sing. Just as impressive was his energy, as he went from one high-intensity song to another, without allowing himself much rest.

Comparisons to his more famous brother are unavoidable, hence the question: How does Simon the Musician measure up against Brother Pete? The first thing that comes to mind is that, last night at McCabe's, Simon made absolutely no reference to Pete, nor the Who, and rightly so, as Simon is 100% capable of standing on his own. But does he sound a bit like Pete and do his compositions make you say "Oh, Pete could have written that?" The answer is yes, he does on occasion sound like Pete, not in a derivative way, but more like the subtle result of having the Townshend DNA in his system.

The songs I liked the best were "I'm The Answer", "Leaving This Town", "The Way It Is" and "Bed Of Roses", with "Time Bomb" providing his finest guitar playing moment.


The evening kicked off with Matt Andersen's short set, six songs in all. Ten seconds into his first song, my jaw dropped and it stayed that way for the entire duration of his set. This guy is something truly special: he plays the guitar like few others, sings with total abandonment, writes great songs, has a sense of humor and still manages to come across as an everyday person. With a voice as thunderous as his, no wonder he headlines big venues in his native Canada, and it's clear that it won't be long before he makes a name for himself here in the States as well. To these ears, the best songs of his set were "Make You Stay" and "Have You Got The Blues", which, for humorous effect, included a few chords from Henry Mancini's "Pink Panther". 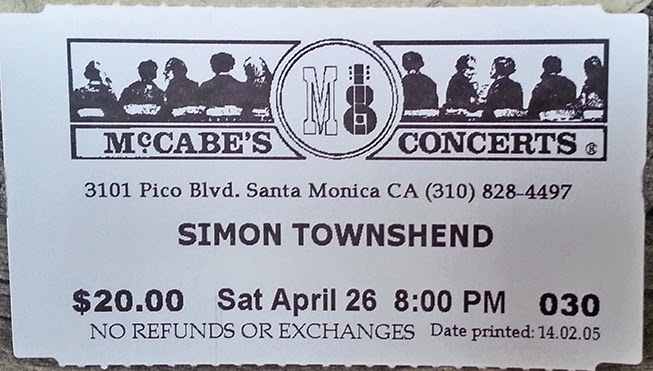