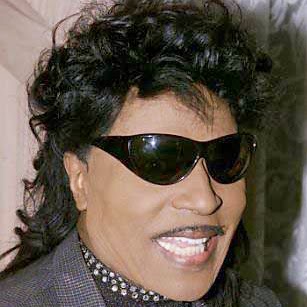 The first thing I remember about Little Richard's concert at the Greek Theater in 1991 was his entrance: smiling broadly in a clear sign that he knew the answer, he asked the crowd "Are you glad to see me?" Yes, I was glad to see him and so was everyone else.

Equally memorable, but distinctly bizarre, was the end of the show: standing on the top of his piano, Little Richard slowly removed his jewelry from the lapel of his jacket, tossed his jewelry into the crowd, then watched people dive, push and shove to collect the things thrown by the King of Rock & Roll to his mortal fans.

At 58, he may not have had the energy of a twenty-something, but he still had plenty enough to thoroughly entertain us with his music and humor. We got to hear most of his mega-hits from decades ago, "Lucille", "Good Golly Miss Molly", "Tutti Frutti" and "Long Tall Sally" among them, which he delivered with his own piano accompaniment. He also sang "The Girl Can't Help It", "Great Gosh A'Mighty" and, surprisingly, "Blueberry Hill", a song not commonly associated with Little Richard. And speaking of surprises: even though there weren't any children in the audience, he delivered an outstanding version of "Itsy Bitsy Spider", complete with the accompanying finger play.

Overall, it was a fun evening. Little Richard's singing did not disappoint - his voice was strong and the simple fact of being there, able to hear his trademark vocal style in a live setting, gave me a huge thrill. And being seated in the front section, real close to the stage, did not hurt either. 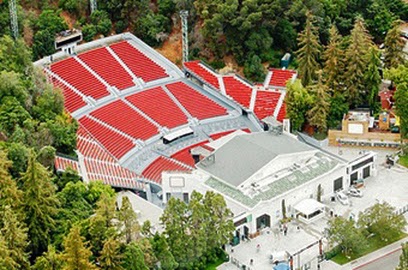