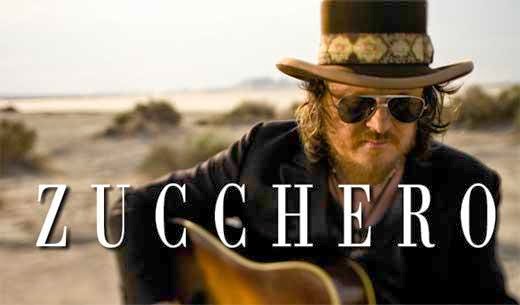 Zucchero ... I love the guy. He's the Italian mega-star whose music first reached me here on the West Coast in 1995. Since then, I've been his slave, listening to his music virtually non-stop, with an ever-increasing appetite and passion. Major European acts hit the East Coast with decent frequency, but sadly, few make it to the West Coast, with Zucchero being a rare and welcome exception. I first saw him live in 1996, at the House of Blues on Sunset Boulevard, and it was divine.  Who would have thought, back in 1996, that I would get to see him in concert five more times? Well, it happened. His Wednesday night appearance at Club Nokia marked his sixth concert in LA since 1996, and I'm ecstatic to say that I caught each and every one of them. All of these shows took place in medium-size venues, which gave me the privilege of watching him in action from just a few steps away, a luxury not available to most of his European fans.

Announced for 8:00 PM, the concert started half an hour late and went on for a generous two hours and five minutes. Seated at center stage with a bright light shining behind him, Zucchero opened his set with three gems from Chocabeck, his 2010 album. Throughout the evening, his voice was in top shape, sounding just like in his studio recordings. As expected, we got to hear many of his crowd-pleasing rockers and up-tempo dance numbers, such as "Diavolo In Me", "Il Mare Impetuoso", "L'Urlo" and "Baila Morena". To these ears, though, the finest moments of the concert were his gorgeous mid-tempo ballads, especially "Diamante" and "Il Volo", which were performed one after the other.

Not unexpectedly, the crowd's behavior served as an unnecessary reminder as to why I seldom go anymore to larger concert venues, especially where alcohol is served. While most people were there to hear the music and respect all others in the process, there were also way too many party animals (by which I mean animals), incapable of distinguishing between public concert halls and their own living rooms. I found their incessant loud talking and mindless screaming highly distracting.

The crowd remained seated until the band launched into "Guantanamera", at which point the space directly in front of the stage became an instant dance floor, occupied by happy people of all ages. The security staff's efforts to restore order produced no results.

Toward the end of the show, Zucchero brought out two guests with somewhat similar backgrounds. First, producer and bassist Don Was joined the band for the playing of "Un Kilo", followed a bit later by Randy Jackson, a producer and bass player himself. Randy played bass on the infectious "Bacco Perbacco", an up-tempo number that whipped the crowd into a dancing frenzy.

Zucchero came back for two encores. I could not have picked better songs for the second one: first the operatic "Miserere", featuring the voice of Luciano Pavarotti, followed by my favorite Zucchero rocker, the ultra-dynamic "Per Colpa Di Chi". It was a fitting end to an evening that was both exhilarating (Zucchero's incredible performance) and annoying (the crowd).

Zucchero addressed the crowd a few times during the show, but unlike in his earlier Los Angeles concerts, this time he did it in good English. He came across as a friendly and approachable person. 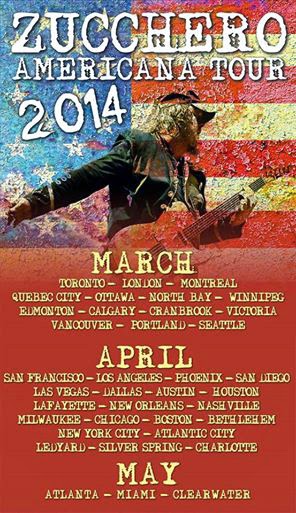