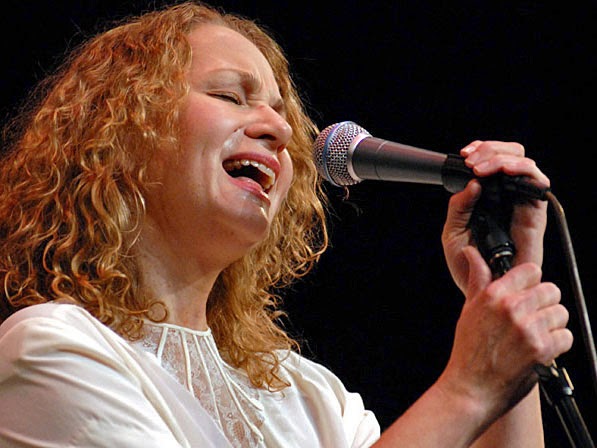 While many folks may think of Joan Osborne as a one-hit-wonder, to me she has always been much more than that. It's true: in terms of sales, she has not matched the heights of "Relish", her major label debut almost twenty years ago, but all her subsequent albums had two positive things in common: great singing and critical acclaim. Expecting a fast sellout, I bought my ticket as soon as they went on sale and I was right: the next day, all tickets were gone. A late show was then added and that sold out as well.

Joan took the stage shortly after 8 PM, and for the next 75 minutes, she delighted us with a set that showcased her outstanding vocals and competent songwriting. Her set wasn't particularly long, only thirteen songs, most likely the result of the addition of her second show. But other than the length of Joan's set, there's nothing for me to complain about.


Many hours after the concert, Joan Osborne's rich and soulful voice still haunts me - whether singing ballads or fast-paced songs, Joan had the right vocal approach, with purrs and moans thrown in at the right time, to great effects. The very precise yodeling that wrapped up "St. Teresa" highlighted Joan's outstanding control of her voice.

Her song selection was good, too, as she mixed self-penned songs with numbers written by others. I liked her rendition of Otis Redding's "Champagne And Wine" and Ike Turner's "Game Of Love", but the honor for the best cover went to Van Morrison's "Tupelo Honey", which Joan masterfully intertwined with Emmylou Harris' "Boulder To Birmingham". Very nice.

The songs written or co-written by Joan were quite good - some of them appear on "Love And Hate", her just-released new album. The one I liked the best was the seductive "Work On Me", which Joan prefaced with a short snippet from Gershwin's "They Can't Take That Away From Me".

Three other songs deserve to be mentioned: the up-tempo "Up All Night", the million-selling "One Of Us" and the evening's one-song encore, "Brokedown Palace", the old Grateful Dead tune.

Keith Cotton, the only other musician on the stage, was a key contributor to the success of the show - he played the keyboard with great skill, sang backup vocals and picked up an acoustic guitar once or twice. He can also write: it turns out, he authored "Raga", one of the evening's best songs. Joan, in turn, supported her supporting musician with a couple of tambourines and an iPhone app, a beat box in essence, that added quite a bit to the show.

All-in-all, I had a great time last night at McCabe's. At $38.50, the tickets cost a little more than the typical McCabe's concert, but we got to see someone truly special. Joan's studio work is great, no wonder she has seven Grammy nominations, but seeing her live was an experience that would stay with me for a long, long time. 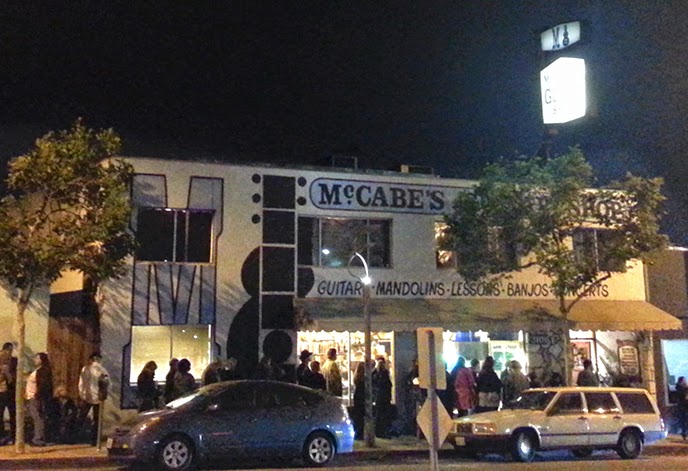