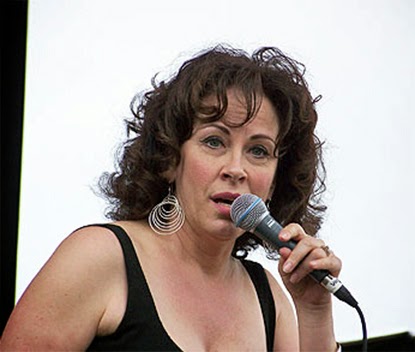 This was my sixth time to see the multiple award-winning Janiva Magness in concert, so now the secret is out: I'm a fan. Announced as a "CD Release Party", the evening's focus was on the songs from "Original", her brand new album. I went to the show unprepared, not having given the album a proper listen.

Janiva came out with her usual rhythm section (Gary Davenport on bass and Matt Tecu on drums), but surprisingly, without guitarist Zach Zunis and keyboardist Jim Alfredson, her long-time touring and recording partners. Instead, Janiva's band included Dave Darling on guitar and Phil Parlapiano on keyboards, two musicians with impressive resumes of their own. Granted, there was nothing wrong with either of the new arrivals, nor with the band's overall performance, but I did miss the prolonged all-instrumental jams of the band's earlier incarnation.

Without following the song sequence of the studio recording, Janiva sang each and every number from "Original", an album that does not sound particularly bluesy to me, certainly not in a traditional sense. At the first listen, I found the album to be remarkably homogenous - no single song stole the show, but there were no throwaways there either. Janiva's voice was strong and nuanced. I liked everything she sang, but what I loved the most was when she brought down the volume a bit, as was the case with "Let Me Breathe" and "Mountain". By the way, Janiva co-wrote seven of the eleven songs that appear on the disc. And she looked good, too.


Casey Hurt, the evening's opening act, turned out to be nothing short of a revelation. Even though he introduced himself as a "third generation preacher, currently ex-preacher", I must say that there was still plenty of religious fervor in his delivery and voice. Other than "John The Revelator", I suppose he wrote all the songs he sang for us Friday night at McCabe's and, if my supposition is correct, then Casey is one heck of a songwriter. With great songs such as "Mary, Mary" and "Back For Me", Casey captured the attention of the crowd from the moment he took the stage. As a sign of support, Janiva Magness and Dave Darling came out to sing backup vocals on one song. 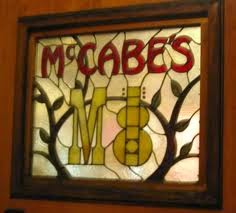