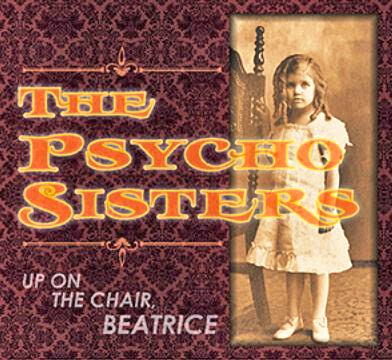 Most music fans have not heard of the Psycho Sisters, a low-profile project involving two well-known musicians, namely Susan Cowsill of the Cowsills and Vicky Peterson of the Bangles. I must admit that, initially, the name of the band did not ring a bell to me either. Good thing, though, that the folks at McCabe's, most likely with ticket sales in mind, did not keep the identities of the sisters a secret and, in the end, the show did sell out. 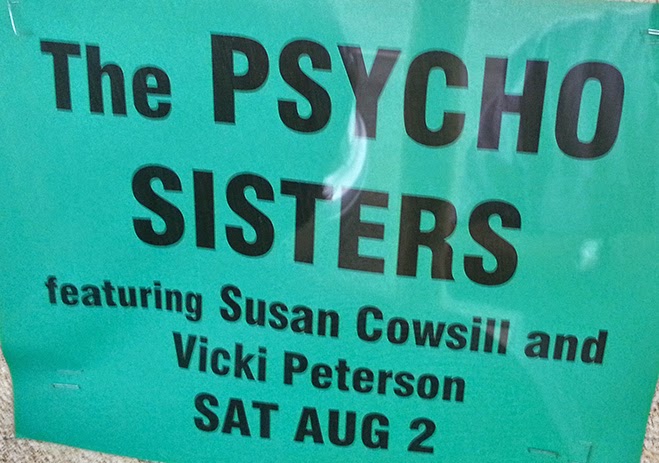 The Psycho Sisters' concert last night at McCabe's featured songs from their soon-to-be-released first album, some material from Susan and Vicky's earlier work, as well as a couple of covers. The crowd's response to the show put on by Susan and Vicky was exceptionally enthusiastic, while the level of my own enthusiasm remained a notch lower. The show had good moments, of course, but I had a hard time connecting with some of the songs I was unfamiliar with. Among the positives, I must mention Susan's singing and her harmonizing with Vicky - one could easily tell that the two had been singing together for years, even decades.

With three exceptions, I was totally unfamiliar with the songs performed by the Psycho Sisters last night. The three exceptions were "Mixed Messages", a catchy song from the repertoire of the Bangles, Gene Pitney's "It Hurts To Be In Love" and "Cuddly Toy", a song written by Harry Nilsson for the Monkees. From among the songs that were new to me, "Never Never Boys" and "Mask-And-Wig Ball" stood out to these ears.

Throughout their set, the Psycho Sisters were accompanied by bassist Derek Anderson and drummer Russ Broussard, who also happens to be Susan's husband. And speaking of the marital status of the Psycho Sisters: Vicky Peterson is married to John Cowsill, Susan's brother, which makes Vicky and Susan sisters-in-law.


Acting as Susan and Vicky's third psycho-sister, violonist and singer Petra Haden joined the band for most of the evening, but kept a relatively low profile. During the two-song encore, psycho-brother and opening act Bill Mumy took the stage as well. Bill's thirty-minute opening set revealed a likeable artist who sings well and writes decent songs. I particularly liked "Cherokee Books", the set-ending "In The Future" and the song he wrote for Buffy Ford Stewart, the late John Stewart's wife.