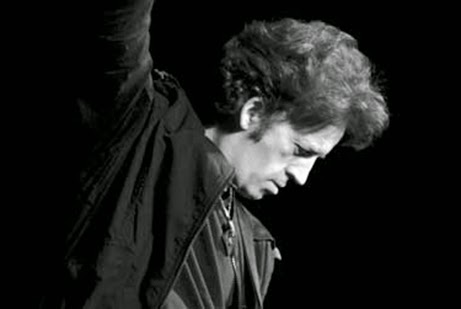 This was my fourth time to see Willie Nile in concert. Since my introduction to his music in 2008, I have been steadily listening to his albums, with highly pleasurable results. Simply put, I love the guy. Some refer to him as an "American treasure" and I won't argue with this seemingly overblown characterization of an artist who, sadly, is not known by the masses.

Friday night at McCabe's, Willie came out with Johnny Pisano, who turned out to be the embodiment of the perfect sidekick. Playing bass in his own idiosyncratic style and providing strong backup vocals, Johnny was as much a part of the show as Willie himself.

The music was great, with lots of catchy hooks, expressive vocals, lively tempos and easy-to-follow lyrics. I knew many of the songs and the ones that were new to me were instantly accessible, in typical Willie Nile fashion. Willie's delivery was intense - I loved watching the many different expressions on his face and it was fun watching him fist-bump Johnny a couple of times.

Willie played for eighty minutes or so. His set focused primarily on material from "American Ride", his most recent album, with the title track taking the cake for the catchiest and bounciest song of the evening. The crowd gave a good reception to "Holy War", a song that addresses the rise of religious terrorism. Equally good was "Life On Bleecker Street". This time around there were no Ramones covers, but instead, Willie delighted us with a great rendition of "Sweet Jane", his tribute to the Velvet Underground and the late Lou Reed.

At one point during the show, Willie went to the piano, from where he delivered three very good numbers: "Sunrise In New York City", "The Crossing" and "Lost", a song that will appear on a future "piano record", as he put it. They all sounded great.


The set ended with two more rousing songs, "House Of A Thousand Guitars" and "One Guitar", each involving crowd participation. For his one-song encore, Willie sang "On The Road To Calvary", a song he wrote with Jeff Buckley in mind.

Overall, it was a great concert, the kind that makes you feel special for having had the privilege of attending.  The next time Willie Nile is in town, you know where to find me. As for the folks who don't know who he is, well ... it's their loss.
Here's a photo taken from the venue's Facebook page. It shows Willie Nile with two old buddies, Captain Sensible of the Damned and Mike Peters of the Alarm, who were in the attendance last night. 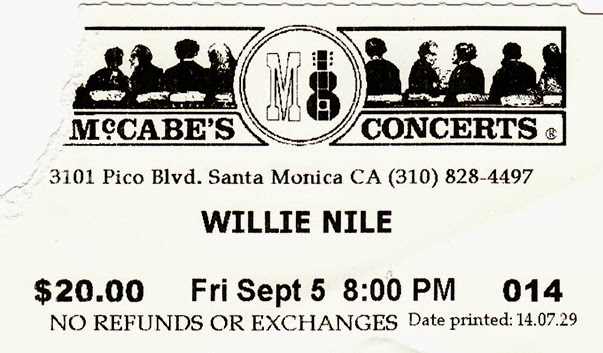