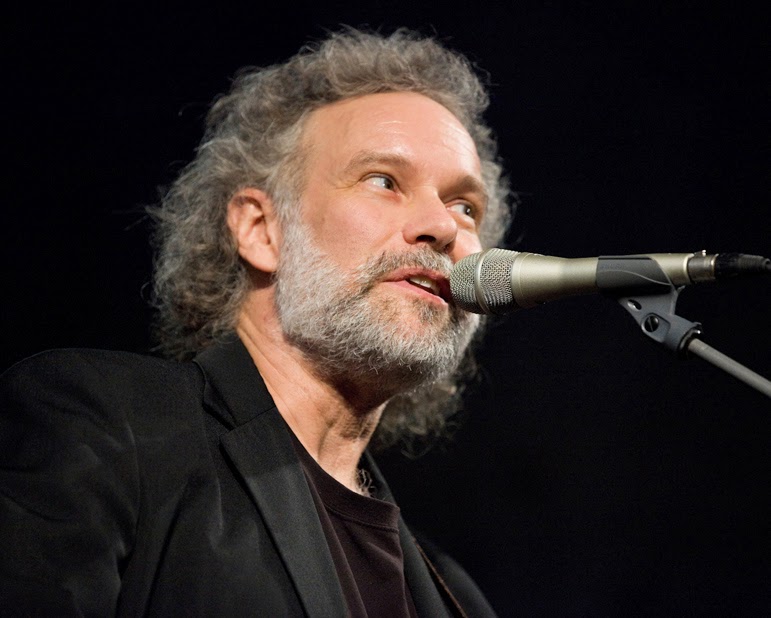 This was only my first time to see John Gorka in concert, even though he has been a McCabe's regular for many years now. It's not that I had been indifferent to his music, but I must confess that his songs had not made a fan out of me. So what changed now? Well, I did hear a few songs from "Bright Side Of Down", his latest album, and I liked what I heard.

The concert is now behind me. I still cannot call myself a fan, but I have certainly made a few steps in that direction. The show revealed to me an intelligent artist who writes consistently good songs, has a fine sense of humor and is quite likeable overall. His performance at McCabe's can best be described as steady, with no stunning highs, but also without any boring lows - in that respect, John's live act is somewhat similar to that of Richard Shindell, Ellis Paul, Josh Rouse, Grant-Lee Phillips and a few other singer-songwriters of national notoriety.


John's set opened with a song from "Bright Side Of Down", namely "Holed Up Mason City", and ended with "Branching Out", an older number. For his one-song encore, he went back to his current album from which he played "She's That Kind Of Mystery", a song written by Bill Morrissey. I suppose all other songs he sang for us were self-penned, as I don't recall him crediting any one else. Some songs generated laughter, but none as many as "People My Age".

Accompanying himself on guitar and sweating profusely, John played the entire show all by himself, without any backup musicians. For the playing of "Let Them In", he placed his guitar on the stage and walked over to the piano.

Overall, John's show was enjoyable, without being "the best one I've ever attended". I will probably catch him again sometime in the future. 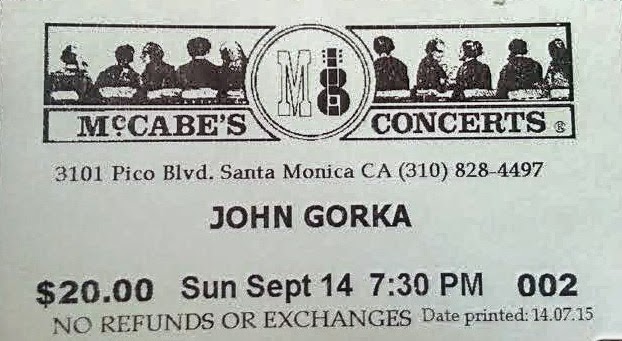