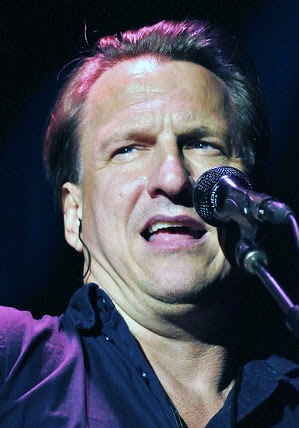 Last night was my second time to see Ellis Paul live in concert, both times at McCabe's. There's not a whole lot I remember about the 2002 concert, but I'm pretty sure that the memories from last night's show will stay with me for a long time.

I walked away from my first encounter with Ellis with neutral feelings. At that time - in my book, at least - he was nothing but one of the many singer-songwriters who deserved to be heard, but remained a notch or two below the level of the musicians who were closest to my heart. Something changed since then. "He's right up there with the very best" was the first thought that crossed my mind last night, as I was leaving the concert room. Indeed, Ellis excelled in every category, from songwriting and singing to intensity and sincerity. Great sense of humor, too. One could tell that he was very comfortable up there on the stage and he certainly knows the right balance between music and spoken word.


Ellis kicked off his set with "Chasing Beauty", the title track from his current album, followed by "Drive-in Movie", also from the same album. Next, Ellis brought out Radoslav Lorkovic, an accomplished  multi-instrumentalist whom I have seen before playing keyboards for the late Odetta, also at McCabe's. Switching from piano to accordion and back, Radoslav was a great addition to the show.

Except for two covers, Ellis performed his own songs and they all sounded good. The two cover songs, each given Ellis' own treatment, turned out to be among the evening's many highlights. Accompanying himself on the piano, Ellis first sang Pete Seeger's "If I Had A Hammer" and I absolutely loved the piano chords which bore little resemblance to the more traditional arrangements of the song. Not unexpectedly, Ellis' second cover - Joni Mitchell's "The Circle Game" - quickly turned into a sing-along.


A few Ellis-Paul-penned songs stood out to these ears: "Kick Out The Lights", "Drive-in Movie" and "Wasted" were exceptionally good. Equally remarkable was "Love Is A Curious Thing", delivered from the seating area's center aisle, together with Radoslav and backup singer Rebecca Loebe.

The spoken word portion of the show was as good as the music. Ellis' humorous story about his love affair with two old acoustic guitars was one of the best I've ever heard and I've never seen anyone plugging their product as tastefully as Ellis - his use of a real turntable to play snippets from "Chasing Beauty" was pure genius. He also read a short fragment from "The Hero In You", his newly released children's book.

The evening's opening act, Austin's Rebecca Loebe, provided backup vocals for many of the songs performed by Ellis. She was quite good in her supporting role. I was less taken by her own solo set. 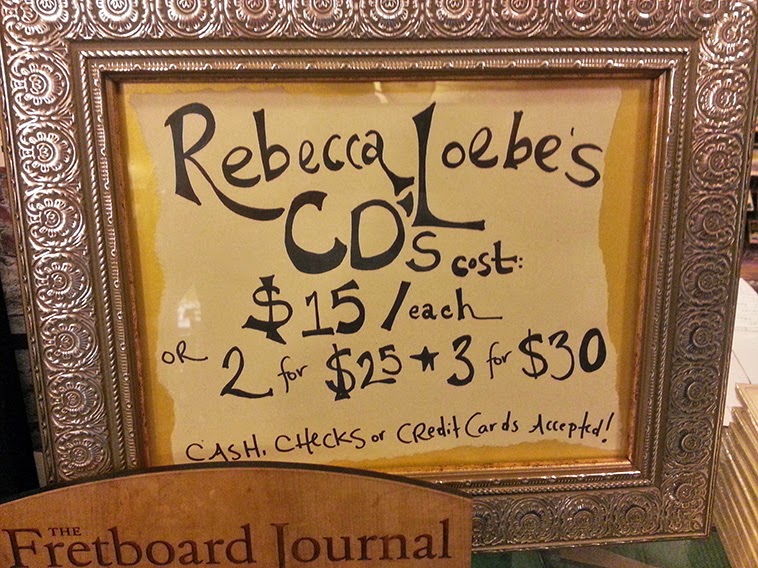