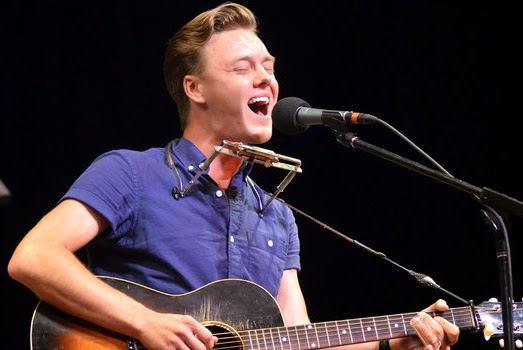 A:  No, only about seventy inspired people showed up. Come to think of it, that's not bad for a relative newcomer scheduled to perform at 8 PM on a Sunday.

Q:  Did you get your money's worth?

A:  Absolutely, and then some.

Q:  How can you best describe Parker's performance?

A:  Unique. Youthful. Refreshing. Full of energy. Humorous. Innovative. Multifaceted. Consistently good, from start to finish. Not afraid to go out on a musical limb. Many singer-songwriters out there fall under the "you've heard one song, you've heard them all" category, but Parker's music places him at the opposite end of the spectrum. His vocals are something special and he can play the guitar, too.

Q:  What kind of music does he play, anyway?

A:  That's not easy to answer, but let me try. I'd say it's a modern mix of gospel, folk, blues and country that somehow still manages to sound old-schoolish.

Q:  Is he following someone else's wake?

A:  Not at all. Parker is not copying anyone. Nor is his style easily imitable.

A:  He wrote most of the songs he sang for us and they were all outstanding, both in terms of
tunefulness and variety. He sang two covers, namely Robert Johnson's "Hot Tamales (They're Red Hot)"
and the traditional "Nobody Knows You When You're Down And Out".

Q:  Did he perform solo?


A:  No. He was accompanied by Daniel Foulks on fiddle and Michael Rose on upright bass. They were both outstanding, especially Daniel, who impressed me not only with his beard and hair, but also with his musicianship. His fiddle sounded rich and warm, without any trace of the strident whine often produced by fiddlers.

A: Tough question. Everything Parker did was great, but I particularly loved "Old Time Religion" and the very intense "Land Of  The Red Man", the evening's one-song encore. Among the small handful of slower numbers that he played, the one I liked the most was "Forgive Me".

A:  There was no written set list. He picked his songs as he went along. Here's a nearly-complete list of the songs we heard Sunday night:

A:  Parker is an exceptionally likeable young man who possesses a disarming smile and projects the image of the proverbial "boy next door".

Q: Anything else to add?

A: In recent years, I've seen quite a few younger singer-songwriters, but no one has affected me as much as Parker. This guy is truly special and I can't wait to see him again. 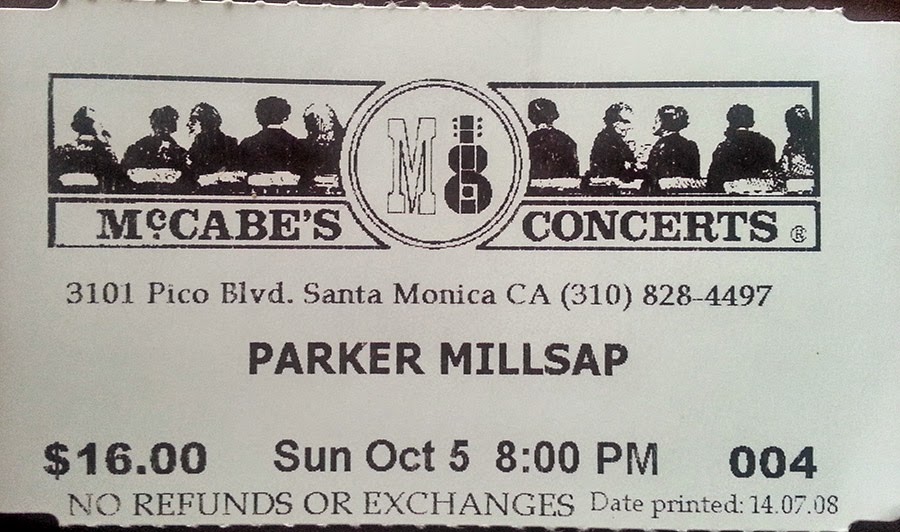