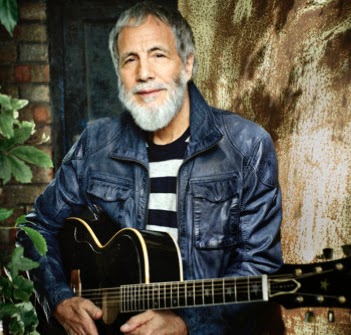 Last week's Cat Stevens concert at the Nokia Theatre in Los Angeles is likely to be the last time I set foot in a large venue to attend a concert. Simply put, I can no longer put up with the loud morons who, time and time again, kill everyone else's chance of enjoying live music. What was supposed to be the Concert Of The Decade, turned out to be an utterly frustrating evening that I will remember not for the quality of the performance, but for the unruliness of the beer-drinking a-holes sitting behind me.

Those of you who follow this blog may have noticed how, over the years, I have gravitated more and more toward smaller venues, where no alcohol is served. Such places attract the true music fans, the ones who treat artists and the other spectators with civility and respect. That is where you will find me.

Cat Stevens took the stage at 8:30 PM, half and hour after the announced show time. His set list included most of his well-known gems from the sixties and seventies, as well as a few numbers from "An Other Cup" and "Tel 'Em I'm Gone", his recent come-back albums. Cat's voice sounded pretty much like it did years ago.

The set list included more covers than expected, the biggest surprise to me was the inclusion of "All You Need Is Love".

The support musicians were outstanding. I was familiar with two of them: long-time collaborator Alun Davies and guitarist Matt Sweeney, who joined Cat's band after the intermission for the playing of a few songs.

By the way, with this Nokia Theatre event, I have now attended concerts at one hundred different venues.