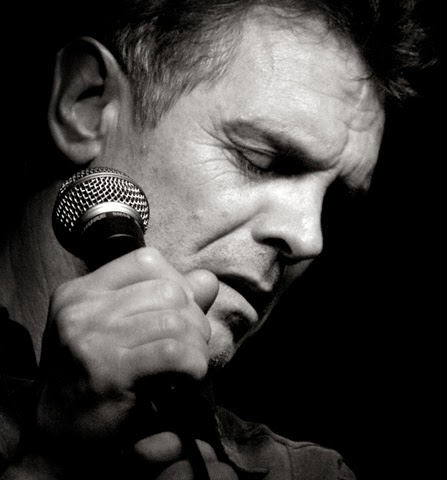 This was my third time to see Iain Matthews perform live on stage. The concert was very good in all respects, but what impressed me the most was Iain's voice. In his sixty-ninth year of existence, Iain did look his age, while his voice remained pretty much unaffected by the passage of time. I was truly touched by his soulful and passionate delivery of his mostly delicate songs and I'm not exaggerating when I say that there aren't many singers out there, regardless of age, who possess voices as nuanced as Iain's.

Sadly, the show was attended by no more than fifty or sixty folks. I cannot explain why an artist as good as Iain Matthews cannot draw a larger crowd in the Los Angeles area.

Iain came out with Dutch pianist and composer Egbert Derix and what a fabulous addition he turned out to be. From my seat, I could clearly see Egbert's fingers and facial expressions, which only added to my enjoyment of the evening. With only minimal eye contact, Iain and Egbert played together in perfect sync and harmony, just like two twin brothers - Egbert's delicately played intros and solos were the perfect accompaniment to Iain's gentle vocals.


As expected, Iain's set list consisted of quite a few songs he co-wrote with Egbert: "Restless Wings", "The Emperor's New Clothes", "When Buddha Dials Your Number", the gorgeous "Pebbles In The Road", "1944", "When The Floyd Were On The Prowl" and "Waves".

Given Iain's consistently solid performance from start to finish, I will refrain from picking a show highlight.

The evening was kicked off by Brian Lopez, a Tucson-based singer-songwriter of considerable talent. Overall, he was good enough to keep my mind focused on his performance for the entire duration of his thirty-minute set. Brian has a decent voice and an interesting singing style, but I can't say that his melodic sense and mine are always in perfect alignment. 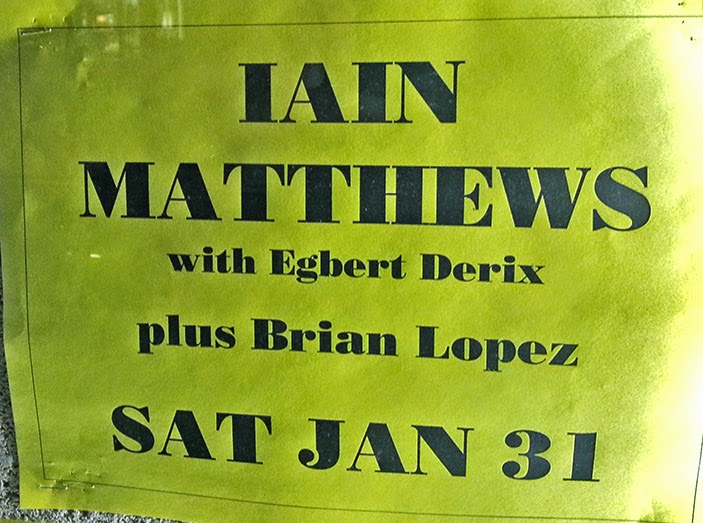