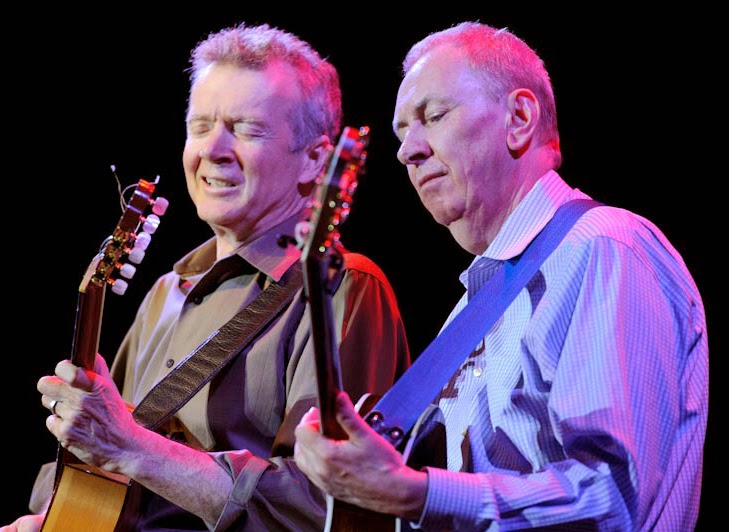 It was an excruciatingly long wait, but it was worth it. Nearly twenty-four years have passed since I witnessed the unforgettable show put on by Al Stewart and Peter White at McCabe's in the summer of 1991. Since then, I'd been dreaming about reliving the event just once more, and last night it finally happened, albeit in an unexpected fashion.


We all showed up expecting to see Dave Nachmanoff alongside Al, as indicated on Al's website. Dave is one heck of a guitar player and I would have been perfectly happy to see him play, but catching Peter and Al together yet once again was a whole different matter.

Al took the stage all by himself, kicked off the evening with a lively rendition of "House Of Clocks", then brought the house down by simply introducing Peter White. Without wasting any time, they launched into an epic rendition of "On The Border" and everything that followed was equally epic.


Al will turn seventy in September, yet his voice is in excellent shape - someone who hasn't heard him since the mid-seventies will have absolutely no trouble recognizing him. And what can I say about Peter ... his guitar playing was absolutely superb, especially on the Django Reinhardt-esque "Last Train To Munich", the song that also featured an outstanding upright bass solo played by Roberto Vally.

Throughout the evening, Al was in his usual humorous mood and held nothing back when it came to historical references. As a matter of fact, he ended the show by re-introducing his two cohorts, Peter White and Roberto Vally, then said "My name is Woodrow Wilson, thank you very much and good night". Al and Peter came back for a one-song encore, namely "End Of The Day", a number they co-wrote in the late seventies.

For me, the evening ended with two autographs and two handshakes that will be hard to forget: 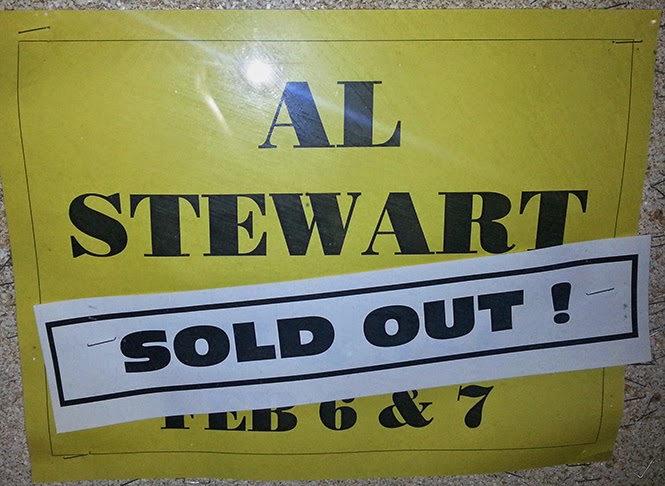