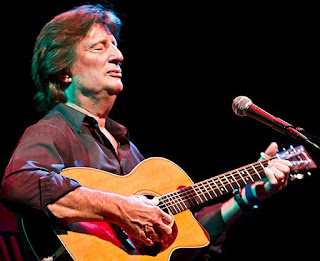 Last night I caught yet another fabulous performance by Chris Smither, who, in his seventy-second year of existence and just a few short months after having undergone some sort of a heart surgery, is yet to show any signs of slowing down. As I was watching him last night, all I could do was shake my head in disbelief - everything about his performance was absolutely superb: the way he held his audience captive, the songwriting, the delivery, the humor and, most of all, his guitar playing. The fluidity of his playing is out of this world and once again he proved to me that he has no equal when it comes to bending those guitar strings.

Playing without a pre-determined set list, Chris performed songs from various stages of his prolific career. There were plenty of uptempo songs and his voice sounded stronger than the last time I saw him, a couple of years back. The show had quite a few highlights - the songs I liked the best were "Can't Shake These Blues", "Surprise, Surprise" and "Statesboro Blues", the evening's one-song encore.


Partial Set List
Open Up
Leave The Light On
Surprise, Surprise
Link Of Chain
Can't Shake These Blues
Lola
Get A Better One
No Love Today
Love You Like A Man
Train Home
Never Needed It More
Small Revelations
Make Room For Me
Don't Call Me Stranger
Time Stands Still
Statesboro Blues (Encore) 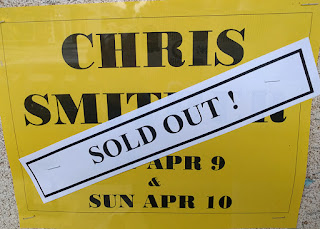