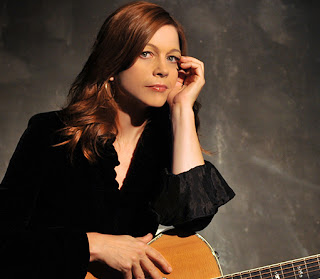 Surprisingly few people showed up Friday night to catch Carrie Newcomer in concert, but I'm sure that the ones who came were glad they did. Just as I expected, Carrie put on an outstanding show that highlighted not only her stellar songwriting, but also her beautiful voice and gentle personality. With the natural warmth that she possesses, she did not sound fake at all when talking or singing about peace, love and understanding.

Not unexpectedly, Carrie put significant emphasis on her most recent album, "The Beautiful Not Yet", released just a few weeks ago. I was unfamiliar with her new music, but everything she sang for us from the new album sounded great. After just one listen, I can now count "Lean In Toward The Lights", "Sanctuary" and "A Shovel Is A Prayer" among my favorite Carrie Newcomer songs.

I would have loved to hear "Where You Been", the song that years ago opened my ears to Carrie's music, but I was more than happy to sing along to "If Not Now" and "The Gathering Of Spirits", two numbers that are as gorgeous as they get.

For the evening's one-song encore, Carrie asked everyone to stand up and join her in the singing of "Room At The Table". Needless to say, the crowd happily obliged.

I must also mention the contribution of Gary Walters, whose piano accompaniment and occasional background vocals added quite a bit to the success of the evening. 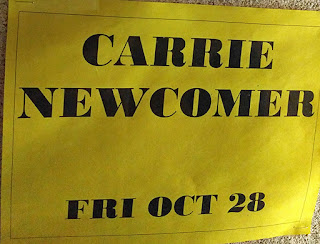