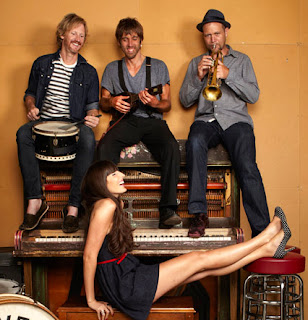 This was my second time to see the Leftover Cuties in action and also my second time to attend a concert in Garth and Trisha's gorgeous backyard in Pasadena. Before I even mention the concert, I must give tons of credit to the hosts, who - as an expression of their love of music, as well as their desire to support deserving musicians - have opened their house to folks they don't even know. Garth shared with me an interesting tidbit: a typical concert in their backyard draws around fifty to sixty people, while the highest attendance ever was eighty-three.

What made me want to attend the concert was Shirli's voice and singing style. I don't know whether most folks would agree with me, but every time I hear Shirli sing, Madeleine Peyroux invariably comes to mind. Not that their voices or vocal techniques are alike, but both Shirli and Madeleine grab me not with devilish rhythms and stage acrobatics, but with a phrasing and delivery style that is uniquely theirs and only theirs.

As expected, the band's set list included a healthy mix of songs written by Shirli and quite a few covers. Cole Porter's "Let's Misbehave", the classic "You Are My Sunshine", Billie Holiday's "All Of Me" and Elvis Presley's "Can't Help Falling In Love" all sounded great.

Yes, Shirli can sing, but as a songwriter she is no slouch, either. With numbers such as "Sunnyside", "If You Want The Rainbow" and especially "Clarity", I strongly believe that she deserves a much larger audience.

As good as Shirli McAllen is, the Leftover Cuties wouldn't be what they are without the combined talents of Mike Bolger, Stuart Johnson and Ryan Feves. Switching with ease from instrument to instrument, Mike's musical accompaniment was quite a bit richer that most anything you will ever hear. Adding an endless array of bells, whistles and other funny sounds to his drum playing, the utterly humorous Stuart was an important contributor to the success of the show.

I went to the concert with My Better Half and two good friends, Deborah and Joe. We all had a heck of a good time and we all hope to be back real soon in Garth and Trisha's hospitable backyard. 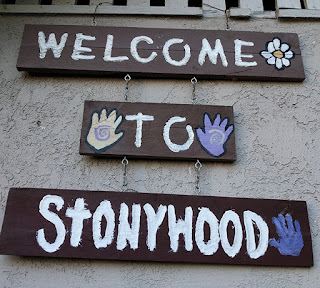