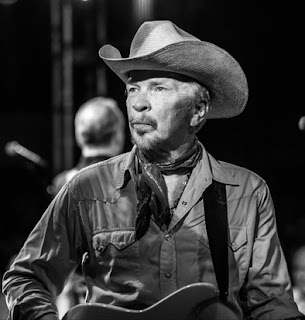 Dave Alvin is one of those few artists who just get better with age and that is why, twenty-eight years after I first saw him in concert, I still can't stay away from his live appearances at my favorite venue.

Dave's show in early February ranks right up there among his very best. Here are a few random recollections, written three weeks after the show:

Dave played mostly electric, but also acoustic. Was in a humorous mood. Delivered just the right mix of music and spoken word.

The band: Rick Shea (guitar, mandolin), Steve Mugalian (drums), David Carpenter (bass) and Jack Rudy (harmonica). They were top-notch. At times they raised the decibel level to unexpectedly high levels and we all loved those moments.

The surprise of the evening was drummer Steve Mugalian, who provided outstanding support with nothing more than a snare drum. At times, Dave picked up the pace of his guitar playing and, with a "catch-me-if-you-can" look on his face, challenged Steve to keep up with him - Steve obliged, and those were some of the evening's most enjoyable moments.

About the set list: I could not have come up with a better one, as all my favorite songs were there. The evening's first set had California as its well-defined theme and there was no filler material there. The highlight of the first set was "Out Of Control", a song that always triggers movie-like imagery in my mind.
After an intermission, Dave came back to deliver his generously long second set. Again, not a single second-rate song. The highlights of the second set were "Jubilee Train", a song from the repertoire of the Blasters, and "Ash Grove", from Dave's solo years.
For the evening's closing song, Woody Guthrie's "This Land Is Your Land", Dave brought out Frank Drennen of Dead Rock West and the Mastersons, the Los Angeles-based husband & wife duo. Needless to say, the entire audience joined in. 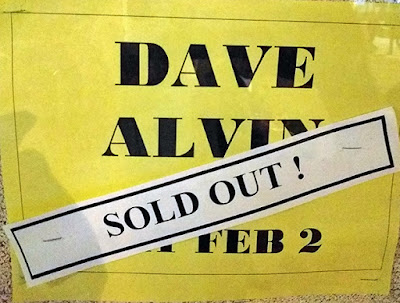 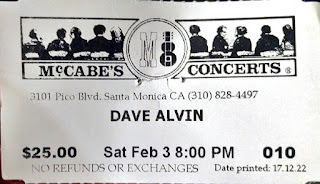