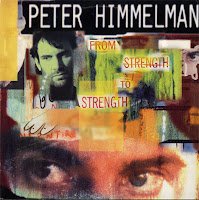 It's hard to believe, but thirty-one years have passed since I first saw Peter Himmelman in concert. Back then, in 1987, he did not make an instant fan out of me, but his 1991 album, "From Strength To Strength", was nothing short of a life-changer for me, in a musical sense. Peter's Sunday night appearance at McCabe's was my twenty-third time to see him live, a clear sign that the passage of time has done nothing to dampen my love for Peter's music and his idiosyncratic stage act.

Performing in front of about one hundred loving fans, Peter delivered a set that had quite a few newer songs, but also a healthy dose of oldies, such as "Impermanent Things", Mission Of My Soul", "Measure", "Waning Moon", "7 Circles" and the epic "Been Set Free". The vocal cord surgery that Peter underwent in 2015 must have been a success, as the voice I heard Sunday night was as strong as ever.

There was nothing in Peter's act that appeared to be scripted - there were lots of spontaneous remarks, improvised songs and, of course, the unpredictable crowd response - yet the concert had something I had never noticed before: a predetermined set list! 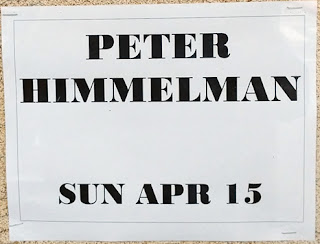