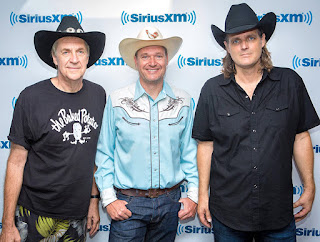 This year I caught two of the band's three Christmas shows and, just like all the other fans of this incredible trio, I did not mind shelling out the big bucks, just to make sure that I won't be left out. Reflecting the ever-growing popularity of the band in general and their Christmas shows in particular, ticket prices have been creeping up in recent years, so that their most recent price hike did not come as a total surprise.

Gone are the days when a $15 ticket would get you seated for a Jackshit concert. This time around, the cheapest tickets had a face value of $60, while the VIP tickets set us back by a whopping $100. By the way, the VIP ticket holders received priority seating.

The shows were phenomenal. Val McCallum, Davey Faragher and Pete Thomas amazed us once again with their musical skills, intensity and humor. Their unannounced guests were equally good. On December 14 we got to see guitar legend Albert Lee and also mandolin virtuoso George Doering, along with his singing wife, Jo Ellen. It was pure joy watching how well Albert and Val played off of each other, with mutually admirative looks on their smiling faces. Albert played "I'm Ready", "Spellbound", "Tear It Up" and "Leave My Woman Alone", four songs associated with Fats Domino, Paul Kennerley, Johnny Burnette and Ray Charles, respectively.


George & Jo Ellen Doering played Bo Diddley's "You Can't Judge A Book By The Cover", "The Letter" (the biggest hit of the Box Tops) and Ralph Stanley's "Gonna Paint The Town".

On December 15, the band was joined by Grammy-winner Dave Alvin, whose all-electric set was exceptionally good. Surprisingly, his set included Joe South's "Games People Play", in addition to four of his own compositions, see set list below. The Doerings also appeared - they performed the same three songs we heard the night before.

Stella McCallum, Val's daughter, delivered a gentle rendition of "Blackbird", the Beatles song. She was accompanied by her dad on acoustic guitar.

Even though new songs do get added with some regularity, the repertoire of the band remains a somewhat slow-changing thing and that is quite understandable, considering Val, Davey and Pete's busy recording and touring schedules. I'm particularly happy that "Ugly And Slouchy" and its brilliant rock & roll medley is back in heavy rotation.


Let's just hope that this fantastic trio will continue to function for many more years. 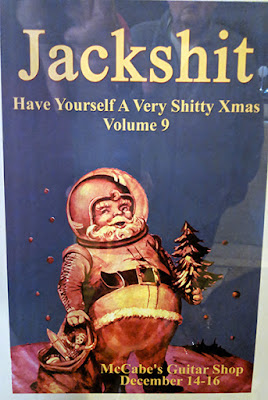