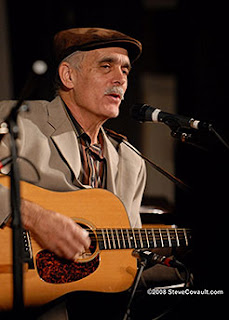 The Coffee Gallery in Altadena is a decent venue to see a show. It holds only forty-nine seats - how can such a tiny place survive? - yet for many years now, the coffee shop's backroom has been a good home for the many deserving artists who cannot fill large arenas and stadiums.

My Better Half and I had seats just a few steps from the stage, but then again, every seat there is just a few steps from the stage. Jim came out with a small band, their set was definitely passable, albeit somewhat monotonous. The songs they played were not bad, but there was nothing fiery about the delivery nor was there electricity in the air, so when Jim announced a short intermission, my wife and I looked at each other and we both said "Time to go home". So home we went, without feeling disappointed, nor shortchanged. Simply put, one fifty-minute set was good enough.


Here's Jim Kweskin at the Coffee Gallery, just a few months after the show I attended: 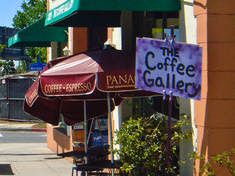