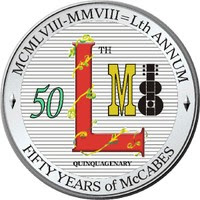 I caught wind about this concert many months before it actually took place and from the very beginning, all I wanted was to lay my hands on a pair of great tickets, even if I had to pay a little extra to get them  - after all, this was supposed to be the Concert Of The Year. Well, in the end, "the little extra" turned out to be $550 for a pair of third row seats, bought from a scalper operating legally as a "ticket agency". Bastards!

I had never paid as much for two tickets and I hope I never will, but in this case, I just had to do it, as my other attempts to get good seats via UCLA Live and directly from McCabe's yielded sub-par results. And there was yet another reason for my insane spending: I went to the concert with a European guest, a huge music connoisseur himself, and I just had to offer him the best possible experience and indeed, I also wanted the very best for myself.

And what an experience it was ... for about four hours we watched a parade of many different musicians who had one thing in common: sometime during their careers, they had all performed at McCabe's. With one notable exception, that is. I'm not talking about Los Lobos, as they had actually played there decades earlier, before anyone knew who they were, opening for Flaco Jimenez. The exception was Chrissie Hynde, who somehow managed to talk herself into the line-up, and I'm glad she did. Accompanied by virtuoso guitarist James Walbourne, Chrissie-the-Intruder performed two songs from her then-new album "Break Up The Concrete" and she was definitely one of the highlights of the evening.

And speaking of highlights: Odetta's powerful rendition of "House Of The Rising Sun" did not seem to be coming from a seventy-eight year old wheelchair-bound woman who was only two months away from the end of her life, then later, during the evening's grand finale, she once again impressed us with her strong vocals on "This Land Is Your Land".


For an outstanding photo gallery showing most of the evening's protagonists, please visit Sherry Rayn Barnett's page at http://www.myspace.com/sherrybarnettphotography/photos

Richard Thompson led the house band that also included drummer Michael Jerome, bassist Taras Prodaniuk, and percussionist Debra Dobkin. Throughout the evening, Richard kept a relatively low profile, but at one point he did step up to deliver a great version of "1952 Vincent Black Lightning". I  would have liked to hear more from RT, but it wasn't to be.
LIST OF MC's
Nancy Covey
Lincoln Myerson
John Chelew
Bobby Kimmel

Most of the MC'ing was handled by Nancy Covey and she did a good job. Surprisingly, the current Concert Director at McCabe's, Lincoln Myerson, was given only a secondary role.

McCabe's is a rather modest venue and, appropriately, there were no fancy stage decorations at UCLA's Royce Hall, only a few guitars and folding chairs hanging on the back wall of the stage, all of them borrowed from McCabe's, of course. It wasn't particularly pretty, but it did bring to UCLA the "look and feel" of McCabe's, and when I say "feel", I mean the pain experienced by anyone who has ever sat on those metal chairs for more than 30 minutes!
The Ditty Bops sang two songs of their own, then later they turned into Dan Hicks' Hot Licks. Together, they sang Dan's "I Scare Myself".

The Blind Boys Of Alabama performed "Amazing Grace", but with a twist: they sang it to the tune of "House Of The Rising Sun".

After having been introduced by Lincoln Myerson, Bonnie "Prince" Billy surprised me with an excellent performance that made me want to see him as a headliner.


Jennifer Warnes sang Arlo Guthrie’s “When a  Soldier Makes It Home" and one other song.

Playing a slide guitar, David Lindley duetted with his daughter Rosanne. They were OK. Later in the evening, David came out once again to play with Jackson Browne.

Kudos go to Loudon Wainwright, who showed up after his own headlining gig in Santa Barbara. He managed to reach UCLA shortly after 11 PM, sang one song, then joined everyone else for the grand finale.

A touch of nepotism was in the air, as Richard Thompson and David Lindley brought along their singing daughters, Kami and Rosanne, respectively. They were OK, but I would have preferred to see some of the quintessential McCabe's artists who had delighted me over the years, such as Peter Himmelman, Dave Alvin, Michelle Shocked, Chris Smither or John Hammond. I guess whoever said "You can't have it all" was right ...

The grand finale was grand, indeed. Most performers came out for their final salute to McCabe's and they all had they brief solo moments, as they sang, "Hard Times (Come Again No More)" and "This Land Is Your Land". Van Dyke Parks went down into the crowd with his accordion. Jennifer Warnes asked for Eric Anderson to join the celebration and he did. A beaming Odetta was there as well, and so were all of the evening's emcees. Modestly, Richard Thompson remained in the background with his outstanding house band. The crowd was on its feet and I immediately knew that I was part of something special, something one would normally see on TV but rarely get to experience in person.


And now for a few negatives and there weren't many of those. I was less impressed with the sets delivered by the Savoy-Doucet Band (not my style) and Peter Case, who chose to perform two long songs that I don't believe were among his best. Jackson Browne sang three songs that sounded quite boring to me. Magician Ricky Jay's card-throwing act was nothing special and definitely out of place.

But it's not right to end my write-up on a negative note. Without a doubt, the show was one of the very best I have ever witnessed, and I did witness a few.