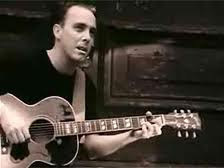 After having seen Freedy Johnston's rather disappointing solo appearance at McCabe's in 2005, I knew that I would never want to see him again, certainly not as a headliner. Yet three years later, there I was again, intently watching Freedy's headlining act from my front row seat, accompanied by my music-loving friend Hans. An unexpected change of heart? Not really. I went to the show for reasons that had little to do with Freedy himself - believe it or not, it was his back-up band that made me show up.

I don't know where and how Freedy met Jackshit, my much idolized band, and I don't know what clicked between them, but something did click, hence their decision to play together. I had seen Jackshit ten times before, and that should be sufficient to demonstrate how much I adored them.

Freedy & Jackshit together proved to be very different from a Jackshit concert. Long story short, I went home disappointed, in spite of Jackshit's full-time presence. Yes, they were there, but having taken their supporting roles seriously, they remained a true back-up band, without any intentions to ever upstage Freedy, the headliner. And there wasn't a single Jackshit gem - they played nothing but Freedy's music, which - just like in 2005 - failed to connect with me.