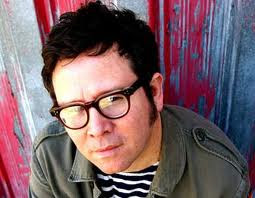 Once again I went to a concert unprepared, with minimal knowledge of the headliner's music, who last night happened to be Grant-Lee Phillips. I could have been in for a long and boring night of unfamiliar music, but as it turned out, I went home happy. Funny thing though, after three or four songs, it did look like I was going to be stuck there, having to listen to unknown songs best defined as "more of the same", without any tempo changes and sung pretty much in the same vocal style. But there were two factors that turned the concert around: the quality of Grant-Lee's compositions and his incredible voice.

Someone wrote on the Internet that Grant-Lee Phillips is "criminally under-appreciated". How true!  There wasn't a bad song the whole night and there was enough variety there to keep my mind from wandering away. I don't think there are many songwriters out there who possess the gift of his melodic sense. Music this good should be heard everywhere, by everyone, and sadly, that's not the case. Grant-Lee's voice in the live setting of McCabe's was a revelation, even though there's nothing wrong with his recorded vocals. I thoroughly enjoyed the smoothness, precision and expressiveness of his singing.

To me, the best song of the evening was "Fuzzy", from his Grant Lee Buffalo days. I also liked "Mona Lisa", "Buffalo Hearts", Jupiter And Teardrop" and "Truly, Truly", but again, I liked everything he sang last night.

Grant-Lee was accompanied by a piano player and bassist whose names I did not catch. If a reader has their names, please let me know.

The show was opened by Peter Mulvey, a likeable musician I have seen before. He surprised everyone by kicking off his set with Leonard Cohen's "Everybody Knows", then following up with Duke Ellington's "Mood Indigo", two puzzling choices for a singer-songwriter who most of the time performs his own songs. The mystery was soon removed by Peter himself: the songs came from his just-released all-covers album appreciatively titled "The Good Stuff". Later in his set, Peter sang a third song from the album, namely Jolie Holland's "Old Fashioned Morphine".

Peter's set was very well received and had only one negative: it was too short. Now how often one gets to say that, since the most common complaint about opening sets is that they are exceedingly long!

Peter was accompanied by a musician called Matt Lorenz, who performs under the moniker of "The Suitcase Junket". Playing the fiddle, guitar and using his feet as his rhythm section, Matt created quite a stir with his unusual throat-singing sounds, as well as the quality of his playing. Come to think of it, I have never seen so much attention attracted by a musician whose role was to support an opening act. 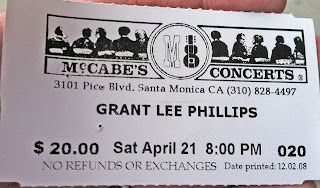