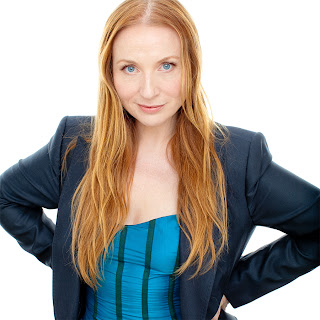 I first became acquainted with Judith Owen in 2001, when she was picked by Richard Thompson to be part of "1,000 Years Of Popular Music", his highly enjoyable show I was fortunate to have attended twice over the years. On both occasions, Judith sounded and looked good, so in 2007 I grabbed my ticket without hesitation, when McCabe's announced her headlining gig there.

I went to her June 22nd show well prepared, after having listened extensively to two of earlier albums, "Twelve Arrows"and "Here", from 2003 and 2006, respectively. Accompanying herself on keyboards, Judith sang nothing but her own material and she impressed me quite a bit with her songs and singing. I was less taken by her excessive talking, even though most of it was humorous. Still, one could not miss what Richard Thompson himself did not miss, that is Judith's undeniable talent as a singer and songwriter. The title song from "Here" was the best song of the evening.


All in all, my first encounter with Judith The Headliner turned out to enjoyable, so a few months later, when she was booked for a return engagement at McCabe's, I was there once again, this time accompanied by a friend. Not unexpectedly, her show was very similar to her appearance in June. Harry Shearer was not in town, but Julia Fordham was, so they joined forces once again for a song or two. The number I liked the best was "My Father's Voice", yet another outstanding Judith Owen composition.

Just like in June, Judith was in a talkative mood, so she talked and talked and talked. The crowd responded well to her act, but I was there for her music, so after a while I felt a bit unhappy with the course of events. Since then, I have not caught any more or her live shows, but I'll be back again one day, I'm pretty sure. 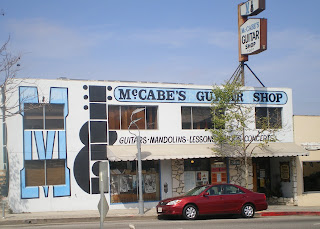