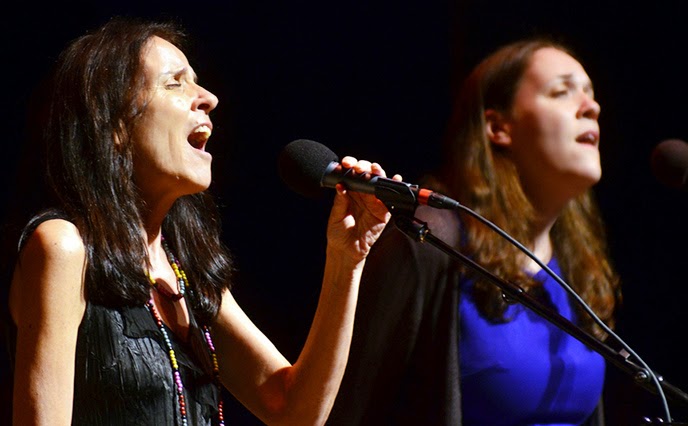 This was my first-ever concert featuring a mother and her daughter performing together as a duo. I went to the show without being familiar with the music of either, a fact that, as it turned out, did not diminish at all my enjoyment of the concert.

The evening felt pretty much like being in the living room of two talented musicians - there was a lot of casual talk, some humorous jabbing, many funny lines thrown in by both Suzzy and Lucy, with even the audience getting involved on occasion. Then there was a song abandoned after only a few guitar chords, when Lucy suggested that they play only songs they actually know. Depending on intangible factors, I may sometimes get annoyed by musicians who appear to be exceedingly relaxed, but that wasn't the case Friday night at McCabe's. I must have found the informal feel of the evening to be contagious, because the next thing I knew, I was laughing along with Suzzy and Lucy when they burst into uncontrolled laughter, right in the middle of a song.

I will remember this concert not only for its casual feel, but also for Suzzy and Lucy's gorgeous vocal harmonies. Simply put, they sounded great together, but I also liked their solo parts. Even at the first listen, I found their songs to be instantly accessible - I suppose they wrote most of them. The ones that stood out for me were "G-Chord Song" and "There's A Last Time For Everything". They also played a few covers - "For No One" (the Beatles gem), "America" (the Simon & Garfunkel classic), "Mama Said" (the Shirelles hit), and "Rhythm Of The Rain", the well-known one-hit wonder of the Cascades - they all sounded great.

At one point during the concert, Suzzy and Lucy invited show-opener Nate Borofsky to join them for a few songs. With his humorous personality, Nate added yet more fuel to the giggly mood of the headliners.

The evening was kicked off by the likeable Nate Borofsky, whom I have seen twice before with Girlyman, the now-defunct band of considerable talent. He writes good songs and delivers them quite well, except when he leaves his vocal comfort zone. The songs I liked the best were "Break The Dam" and "Wherever It Takes". 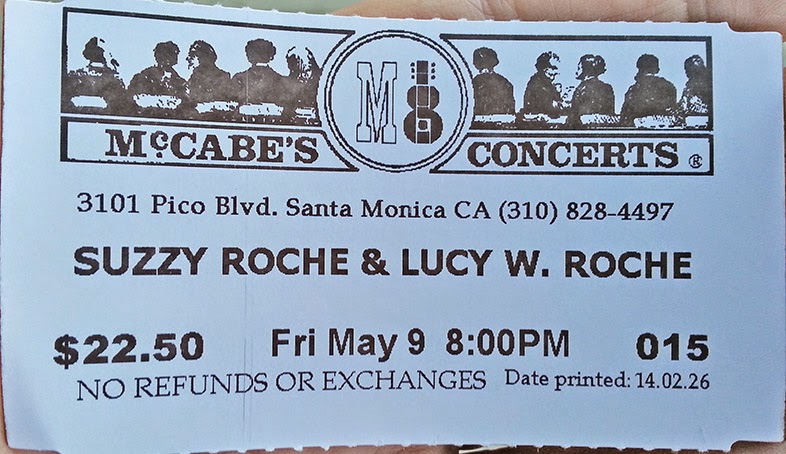