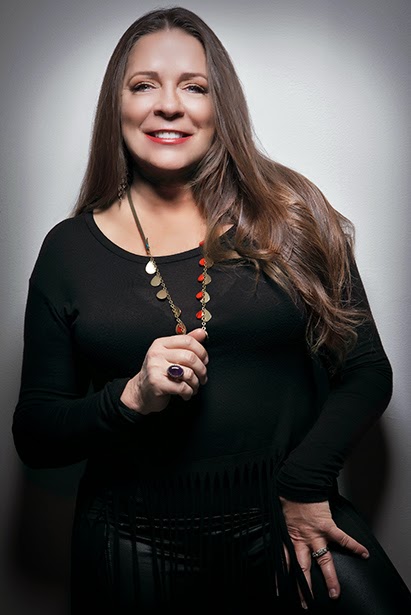 Sunday night's concert at McCabe's ranks among the finest I've ever seen there, and I've seen a few. Imagine a show where everything meets your highest expectations: the level of the performance, the quality of the songs, the relaxed atmosphere created by the artist, the humor, the participation of the crowd, you name it. Everything about Carlene Carter's appearance at McCabe's turned out so well, that I kept my car stereo off for the entire duration of my one-hour drive home - her voice was still ringing in my ears and I just wanted to preserve that pleasant state for as long as I could.

Every so often, music critics talk about singers with voices that, just like wine, get better with age. That is exactly the case with Carlene. She may not look the way she looked twenty years ago, but she sings a whole lot better now. Not that there was anything wrong with her singing twenty years ago.


Sitting on a stool at center stage and getting up only twice for two short trips to the piano, Carlene delivered an outstanding set that drew from her entire career. As expected, though, most songs came from her most recent album, "Carter Girl", a collection of songs written or recorded by the Carter Family. Anyone who loves classic country should run out and buy the album right now, as it is filled with old gems brilliantly sung by Carlene, with help from top-shelf guests such as Kris Kristofferson, Vince Gill and Willie Nelson. We got to hear ten of the twelve songs from "Carter Girl", with "Lonesome Valley", "Gold Watch And Chain" and "Black Jack David" impressing me the most.

Carlene's relaxed mood and humorous talk made me feel like I was sitting in her living room, surrounded by all the family members she often mentioned in between songs: Carl Smith, June Carter Cash, Aunt Helen, Anita Carter, Grandma Maybelle, step-daddy Johnny Cash and others. I found her humor to be exceptionally good. Nothing that she said appeared to be scripted and everything she said was funny and informative. It was obvious that Carlene enjoyed the moment as much as we did, otherwise she would not have mentioned breast implants, underwear and menopause.


One of the evening's most moving moments came when Carlene sang "Me And The Wildwood Rose", a song she wrote for her younger sister who passed on in 2003, the year Carlene also lost her mother and step-father. She wrapped up the song with a few lines from "Will The Circle Be Unbroken", with the crowd listening in total silence.

Another song that deserves to be mentioned is "Easy From Now On", a hit for Emmylou Harris in the late seventies. Carlene was in her low twenties when she wrote the song and I got the goosebumps while listening to the way she sang it Sunday night at McCabe's. Just as good was "Foggy Mountain Top", a song Carlene recorded decades ago with Rockpile, the British band that also included Nick Lowe, her ex-husband. By the way, Nick was also mentioned a couple of times during the concert.

Toward the end of the show, Carlene took a few detours from her hand-written set list, so we did not get to hear "Troublesome Waters", nor "Spider Lace". Instead, we were treated to a rousing rendition of  "I Fell In Love", with husband Joe Breen singing the "watcha wanna do that for" part, it was fun.


For her two-song encore, Carlene first sang the self-penned "Cry", an up-tempo number from 1980, then, seated again at the piano, she delivered yet another highlight, a heartfelt rendition of "Change", with neither song appearing on her set list.

Carlene's show was exceptionally well-paced, with frequent tempo changes and just the right balance between music and talk. Guitarist Sean Allen provided able support throughout the show, while husband Joe Breen pitched in with some background vocals, they were both very likeable.

I must once again praise Carlene's voice and singing ability. Her voice has deepened a bit over the years, and that is just perfect for her songs of loss and pain. I found her singing to be more soulful today than ever before. But she can also pick up the pace and take you for a fast ride with a smile on your face. I did see Carlene headline a concert in 1994, exactly twenty years ago - I liked her then, but at that time she touched me only superficially. Different story today. In my book, Carlene stands taller today than she ever stood. 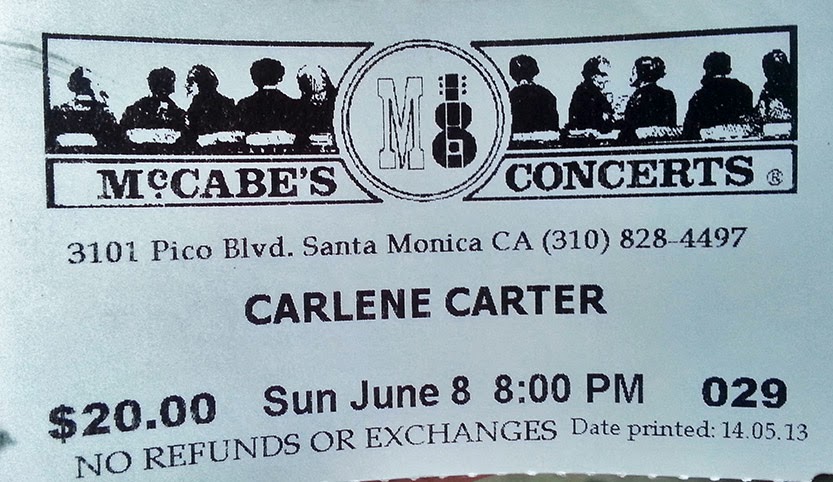