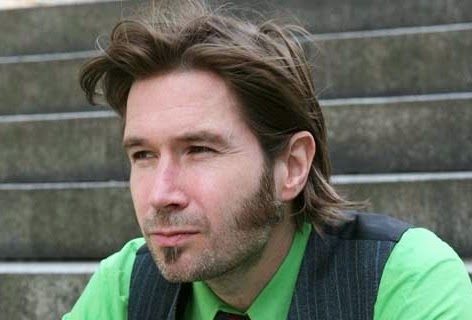 Last night at McCabe's, Justin Currie of Del Amitri fame treated the sell-out crowd to a veritable smorgasbord of very good songs and even better singing. Without a doubt, his voice and singing style rank among the very best I have ever heard at McCabe's or anywhere else, for that matter. Whether using his normal singing voice or unleashing his precise falsettos, Justin's phrasing and overall delivery went straight to my heart and brain, making me wonder how it was possible for a singer of his talent to have eluded me for so many years.

Prior to the show, I did give "Lower Reaches", Justin's most recent solo album, a good listen. I liked what I heard, but listening to Justin in a live setting was a whole lot better. His eighty-five minute set had plenty of music and just the right amount of spoken word. Justin used two acoustic guitars to provide his own accompaniment. He also played the keyboards, which sounded a bid too loud from where I was sitting. Using a Gretch electric guitar and a rarely-seen instrument that may be called a lap guitar, fellow Scotsman Stuart Nesbit provided part-time support.

To these ears, the best song of the evening was "Everyone I Love", which featured a whistling part that reminded me of Roger Whittaker and his African style of whistling. Other songs that stood out: "Every Song's The Same", "Priscilla", "Falsetto", "Always The Last To Know" and "Food For Songs".

Overall, it was a thoroughly enjoyable evening that I hope to experience once again, preferably also at McCabe's. 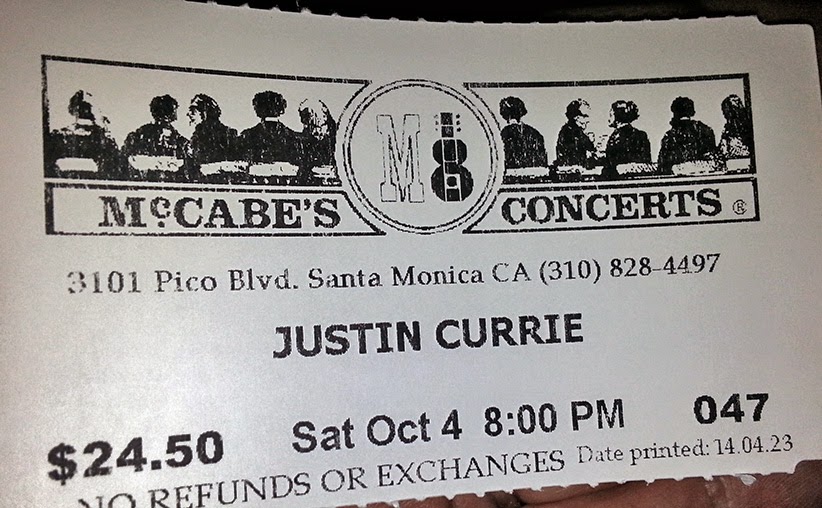