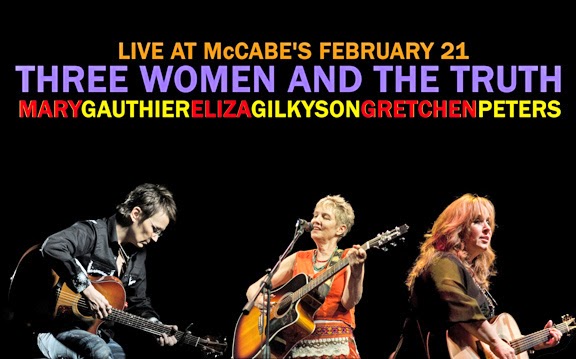 This was the final show of a short California tour named "Three Women and the Truth", conceived and carried out by three of America's finest female singer-songwriters: Mary Gauthier, Eliza Gilkyson & Gretchen Peters. I attended the 8 PM sold-out show. The late show (10 PM) was a bit short of a sellout.

Last night was my first time to see Gretchen Peters in concert. On the other hand, I had seen Mary and Eliza five and four times before, respectively.

Quite predictably, the stage had three chairs - Eliza sat in the middle, with Mary to her right. Each performer sang five songs, taking turns in the same order, starting with Gretchen and ending with Mary.


Overall the show was thoroughly enjoyable, albeit short of perfection. Here are some of the positives:

And a few negatives: 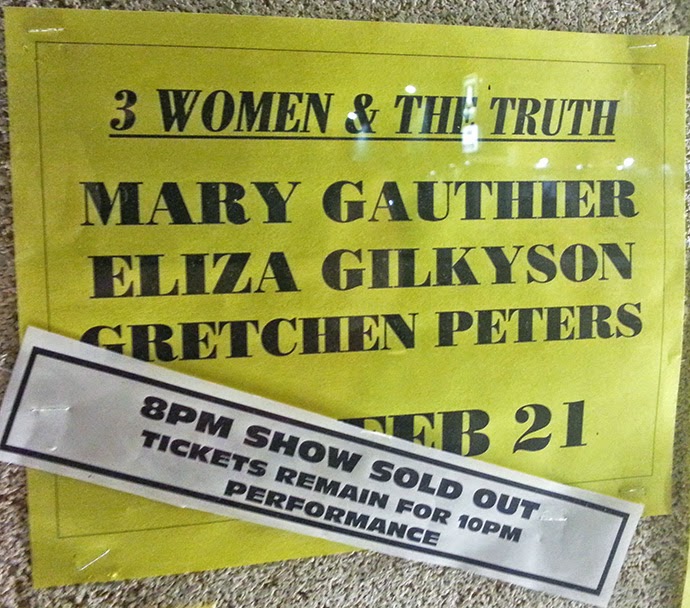 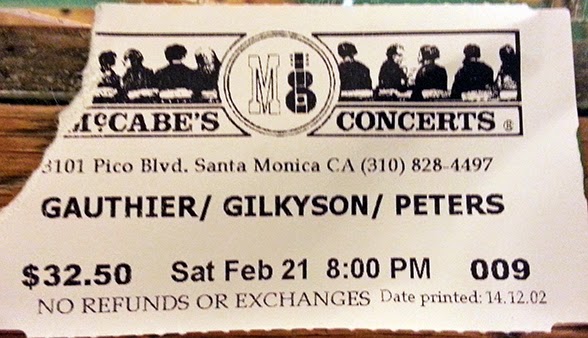