Concert #741 - David Hidalgo & Louie Perez at the Ruth B. Shannon Center for the Performing Arts at Whittier College (April 15, 2015) 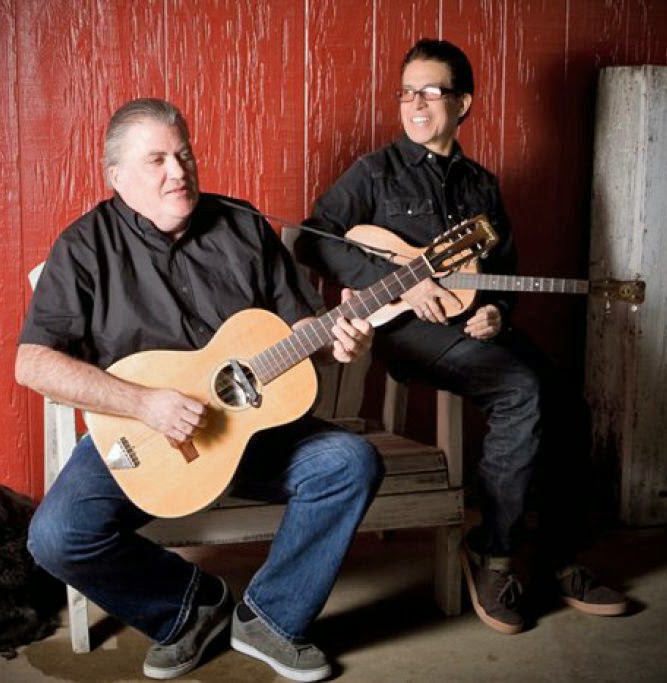 After David & Louie's outstanding showing at last year's Claremont Folk Festival, I started paying special attention to their itinerary and I'm happy to say that this heightened interest brought me a much-appreciated reward: a front row center seat to see them again, this time at the Ruth B. Shannon Center for the Performing Arts on the campus of the Whittier College. It was my first time at the venue.

Announced for 7:30 PM, the concert started at 8 PM sharp. Unlike a year ago in Claremont, David and Louie came out without a band. Surrounded by acoustic and electric guitars, they kicked off the evening with a short instrumental piece, which became "Will The Wolf Survive", arguably Los Lobos' best-known song.


The first half of the show was mostly acoustic and mostly in English, with "La Pistola Y El Corazon" being the only number sung in Spanish. Good songs came one after the other: "Short Side Of Nothing", "Saint Behind The Glass", "The Valley", and a few others, but nothing was quite as good as the "grand-finale" of the first half, which consisted of "Burn It Down", "The Neighborhood" and "Chinese Surprise", three seamlessly played songs that came with occasional crowd participation. As expected, most of the lead vocal and guitar duties were handled by David, but Louie had his moments, too.

As good as the first half was, I liked the second half better, mostly because of the dominant sound of David's electric guitar. Although I don't speak the language, I do love the special feel of the songs with Spanish lyrics, and there were quite a few such songs in the second set - "Gorrioncillo Pecho Amarillo" was one of them. Other songs we heard after the intermission: "Wake Up Dolores", "Matter Of Time", "Teresa", "Tony And Maria", "Good Morning Aztlan" and "One Time, One Night", my all-time favorite Los Lobos number.


David & Louie also played two rather obscure covers - one of them was "Rebel Kind", originally recorded by Vancouver's The Modernettes, the other was a Johnny Thunder tune whose title I did not catch.

Toward the end of the show, David invited Syd Straw to come out and sing with them. I was hoping for Syd to take the lead on at least one song, but her role remained limited to singing background vocals on only two songs.

The show ended with a two-song encore: first we heard a rousing rendition of "La Venganza De Los Pelados", then, with Syd Straw's help, they brought the house down with Neil Young's "Cinnamon Girl".

The Ruth B. Shannon Center turned out to be a great venue to hear live music, I would go back there in a heartbeat. In addition to the obligatory merchandise table, the building's foyer featured quite a few Latin-music-themed paintings that looked great. 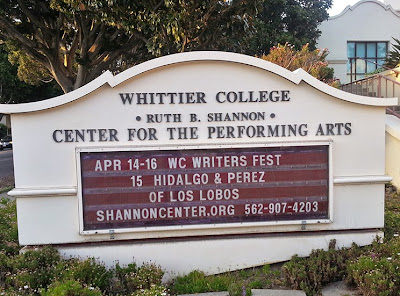 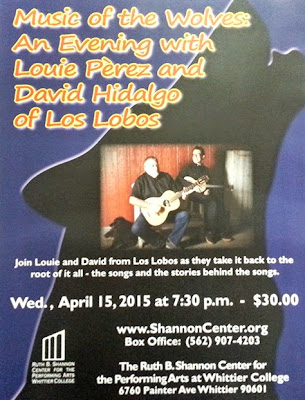