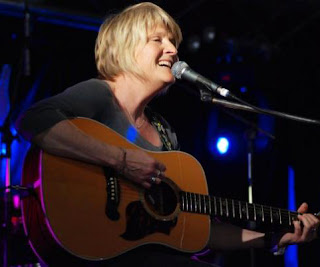 This was my first time to see Kim Richey in concert. Even though I own two of her albums, I went to the show with only a superficial familiarity with her music - somehow, her songs had failed to hook me, most likely because of my lack of trying. It turned out, though, that my lack of preparedness did not prevent me from enjoying Kim's performance.

The concert followed a formula that had worked for me before, namely a singer-songwriter with an acoustic guitar, with electric guitar accompaniment provided by a support musician. British guitarist Dean Tidey handled his supporting role with class - even though he played in a rather subdued manner, his solos clearly proved his worth.

Playing in front of about one hundred people, Kim impressed me primarily with the quality of her songwriting. All the songs she sang for us were new to me, but a few of them caught my attention, especially "Thorn In My Heart", "Wreck Your Wheels", "Dear John" and "Just My Luck". As far as Kim's voice is concerned, I enjoyed the slower songs more than the uptempo ones.

Overall, the concert was good, but not earth-shattering. In my opinion, Kim Richey definitely belongs to a category of fine female singer-songwriters that also include Catie Curtis, Tift Merritt, Patty Larkin, Carrie Newcomer, Cheryl Wheeler and other artists whom I have enjoyed seeing, but without feeling compelled to catch them every time they come to town. 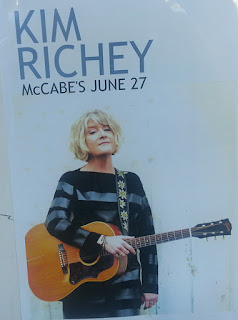