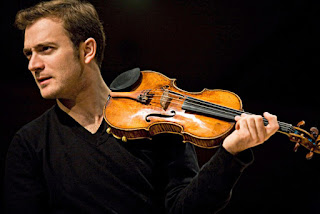 I seldom attend concerts of classical music, and when I do, the concert is either free, or a free ticket is involved. It's not that I don't appreciate classical music, but I just don't appreciate it enough to justify shelling out the kind of money such tickets cost. Long story short, last Sunday I showed up at the gorgeous Walt Disney Concert Hall with a ticket that had been gifted to me by a season ticket holder who couldn't attend, namely My Better Half.

The program consisted of two pieces of music, and - just like I expected - I liked one of them very much, while the other left me cold. I knew Mendelssohn's Violin Concert almost in its entirety, which goes back to my classical-music-filled childhood. French violinist Renaud Capucon was quite impressive, as he breezed flawlessly through the concert's most difficult parts. 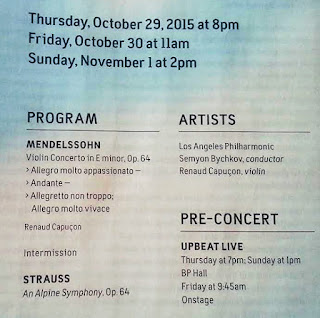 While Strauss' Alpine Symphony was not a hit with me, nor was it with my friends Joe and Deborah, I still had some fun checking out LA Phil's 100-piece orchestra and some of the unusual instruments it featured, such as the industrial-looking wind machine.

The concert's conductor was Semyon Bychkov, a naturalized American citizen with an impressive resume. 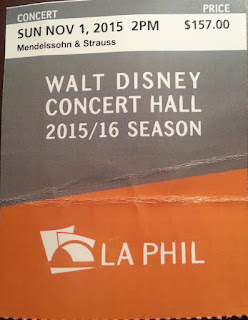