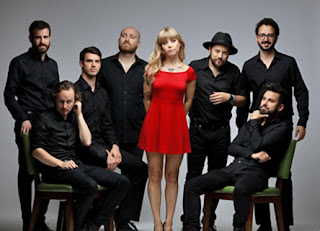 I've been closely following the revivalists for exactly five years now, during which time I have seen them thirteen times, at seven different venues. In earlier posts, I have written many times about how great these guys are and how much I have enjoyed their music so in this post I will say a few words about my perception of their musical evolution.

In terms of the band's line-up, the first few years were a bit more volatile, with fairly frequent personnel changes, but lately, things have stabilized quite a bit. Indeed, last Saturday's show featured the same musicians who have been steadily recording and touring with the band for the past two years or so.

Just like the makeup of the band, their repertoire has not stood still. A few years back, when describing their music, I used to say something like "Well, they play a form of old-school music that blends gospel, folk, Americana, jazz and an occasional touch of blues into an infectious mix that appeals to all ages". To a large extent, this description is still valid today, but to these ears at least, their current repertoire is a little bit less old-school and a bit more modern. There's even a touch of experimentation, such as Connor Vance's surprising use of a wah-wah pedal. Nothing wrong with all these changes, which simply reflect the normal evolution of a band that's forging ahead with youthful exuberance.

The evening consisted of two sets. First, the revivalists delivered a few of their "oldies", among which the "Cherokee Shuffle" and "Swing Low, Sweet Chariot" stood out. After an intermission, they returned to play their entire yet-to-be-released new album - there were many high-energy songs there and, at first blush, they all sounded good. By the way, I did contribute a few bucks to the making of their new album and you can do that too, via www.pledgemusic.com, the self-described online direct-to-fan music platform that's somewhat similar to Kickstarter, but not entirely.

For their encore, the band did something they often do: they stepped off the stage and performed two rousing songs while standing on the floor, right next to their fans. "Down By The Riverside", the song that wrapped up the concert, was particularly good. 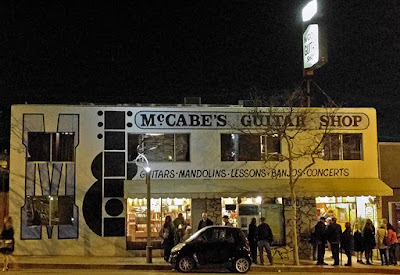