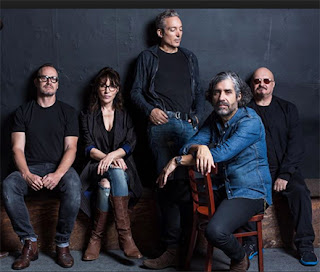 Sunday night I got to enjoy yet another one of those relaxed concerts that felt just like being in someone's living room.

Few people have heard of the Reluctant Apostles, and until not too long ago, I was one of them. So what made me want to see them? That's easy to answer: to me, the main selling point was Katey Sagal's participation, even though actors-turned-singers don't get instant credit from me. I first witnessed Katey's talents as a singer at a Randy Newman tribute show in 2010 at the Mark Taper Forum, when she thoroughly impressed me with her soulful rendition of Randy's "Feels Like Home". Also, I was further enticed by the presence of bassist and singer Davey Faragher.

The band came out as a quintet consisting of Katey Sagal, Davey Faragher, guitarist and vocalist Bob Thiele Jr, keyboard player John Philip Shenale and Katey's son, Jackson White, on percussion. With three good singers, lots of humor and a repertoire consisting exclusively of covers of mostly well-known songs, the band put on an entertaining show that was well received by the crowd.

The band's set mirrored to a great extent their debut CD, appropriately titled "Introducing The Reluctant Apostles". To these ears, the evening's best songs were Bob Dylan's "When I Paint My Masterpiece" (sung by Bob), Solomon Burke's "Cry To Me" (with lead vocals by Davey) and the more obscure "Temptation Took Control Of Me" (featuring Katey's passionate singing). By the way, the "Temptation" song was written by a certain Eric Kaz, a prolific singer-songwriter whose entire career managed to elude me.

For the first song of the band's two-song encore, Bob Thiele sang "What A Wonderful World" and he made absolutely no attempt to even remotely follow Louis Armstrong's original recording. While listening to Bob's version, I remember thinking that I had no idea who wrote that famous song. The answer came a lot sooner than I thought, when Bob told the audience that it was his father who authored this true gem. I was impressed. 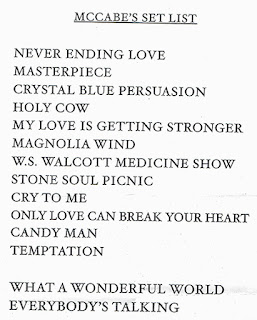 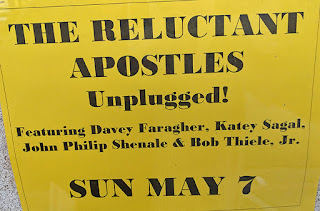 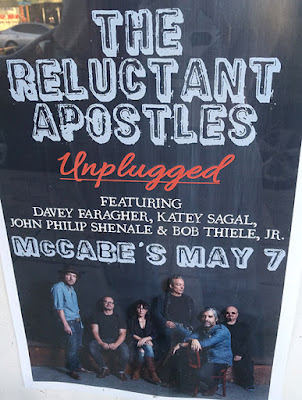