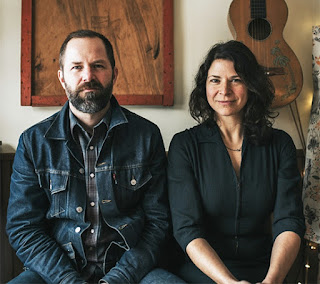 It was twelve years ago when I first got acquainted with Kris Delmhorst and Jeffrey Foucault, when along with Peter Mulvey, they were touring and recording under the Redbird moniker. My second encounter with Kris and Jeffrey took place last week at McCabe's and just like the first time, they shared the stage. The concert came at the end of a long and difficult work week, so by the time Kris and Jeffrey took the stage, I was ready to descend into a deep sleep. The concert that ensued turned out to be a rather mellow affair and even those few moments of fast-paced music and high decibel level could not provide the shot-in-the-arm that I so desperately needed.

The first set of the evening had Jeffrey as the main protagonist, with Kris providing backup vocals, then after an intermission, they returned with their roles switched. Not being a deep connoisseur of either Kris or Jeffrey's repertoire, I had to wait until the encore to finally hear a song I knew - their rendition of Tom Petty's "I Won't Back Down", delivered without their backing band, sounded great to these ears. And speaking of the band: they were exceptionally competent, as one would expect from Eric Heywood (pedal steel, guitar), Billy Conway (drums) and Jeremy Moses Curtis (bass), three musicians who have been around.

And finally, if pressed to pick a single concert highlight, I would respond without hesitation, that it was the beauty of Kris Delmhorst's singing voice. 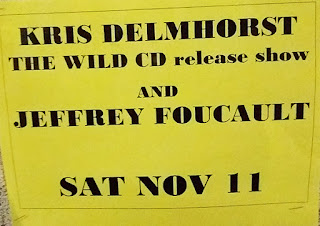