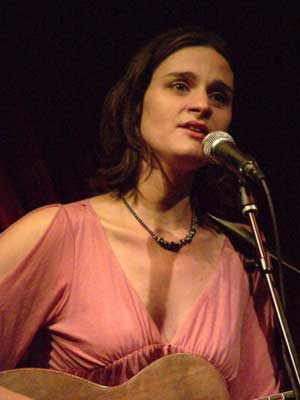 In the beginning, Madeleine Peyroux was just a French name I occasionally saw here and there. Then my brother mentioned her once or twice, so I started paying attention. I sort of liked what I heard, but I certainly couldn't call myself a fan, not a connoisseur, pardon my French. But when I had the chance to grab a pair of front row seats to see her at the Luckman, I went ahead and shelled out a little over 100 bucks, a true leap of faith.

Then a few months ago, disaster struck: I watched Madeleine's appearance on "Austin City Limits" and I was so utterly unimpressed that I went straight to eBay to sell my tickets, at face value. Well, no one bought, so on April 9, there I was sitting with my better half in our choice seats, wondering what we were doing there.

Believe it or not, we went home quite happy, having witnessed maybe not the finest show ever, but a good one nonetheless. Madeleine's singing style is not my style, but after a while, I accepted it and even enjoyed it. And then there was her band, four outstanding musicians who thoroughly impressed me both individually and collectively: 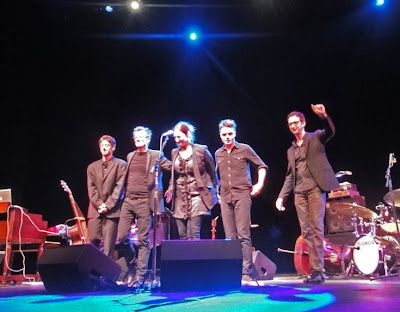 Madeleine Peyroux (center) and her band at the Luckman
Here's a great live rendition of Leonard Cohen's "Dance Me To The End Of Love": 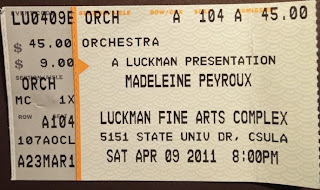